The choices of restaurants are as far as Asia is wide.

New Orleanians have it lucky when deciding what they want to eat every single day. While New Orleans is the most well-known city in the American South in terms of its culinary prowess, people mustn’t forget about the multiple food scenes of its surrounding areas, especially the Westbank. In particular, the Westbank is home to a multitude of Asian-themed restaurants, thanks in part to the large Asian community residing in the area. While most people in New Orleans can only really name one or two Asian restaurants on the Westbank (most of the time being 9 Roses), rest assured there are many fantastic dining options featuring a diverse spectrum of Asian cultures across the river. 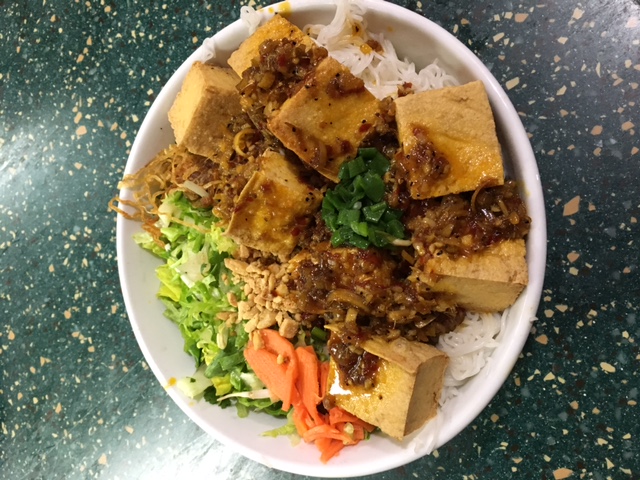 One of the more well-known Vietnamese places in Gretna, Tân Dịnh is famous for its large menu and even larger proportions. Vietnamese standards are all there: phở (rice noodle soup), bún (vermicelli salad), cơm (jasmine rice), bánh bao (steamed flour buns), and bánh hỏi (pressed vermicelli patties). Tân Dịnh not only serves an arrangement of special dishes like frog legs, squid, goat, and quail, it also has a good-sized vegetarian menu. 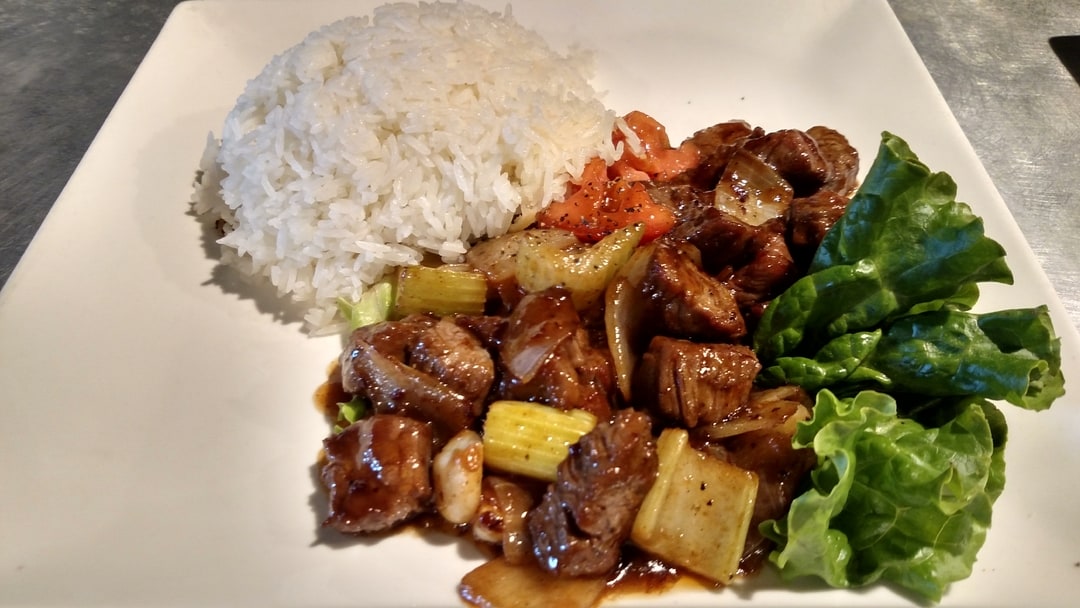 Located in Old Gretna, Thanh Thanh is a cozy Vietnamese restaurant that not only serves cơm dishes, bánh mì (Vietnamese po-boy), and bánh xèo (Vietnamese crepes), and many non-Asian dishes like chicken clubs, rib-eye steaks and traditional salads. Thanh Thanh also has a breakfast and brunch menu containing omelets, pancakes, French toast, and more. You also have the option of ordering food from the Italian restaurant right next door to Thanh Thanh, Huey P’s Pizzeria. 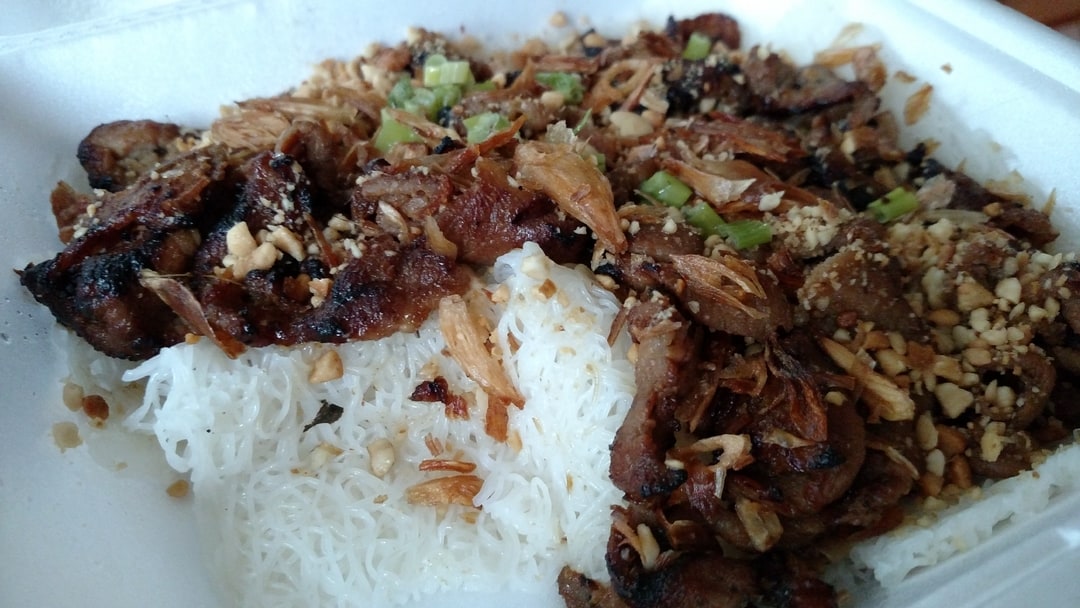 Much like the famed 9 Roses, Three Happiness is a duel Vietnamese/Chinese restaurant with a large, overwhelming menu. Pick from any number of Vietnamese classics like phở, cơm, bánh mì, and bún bò (hot and spicy soup) to Chinese favorites such as moo goo gai pan, lo mein, and all kinds of meats. Select specialties include moo shu, ginger onion lobster, scallops with black mushrooms and snow peas, and imperial soft shell crab in garlic sauce. 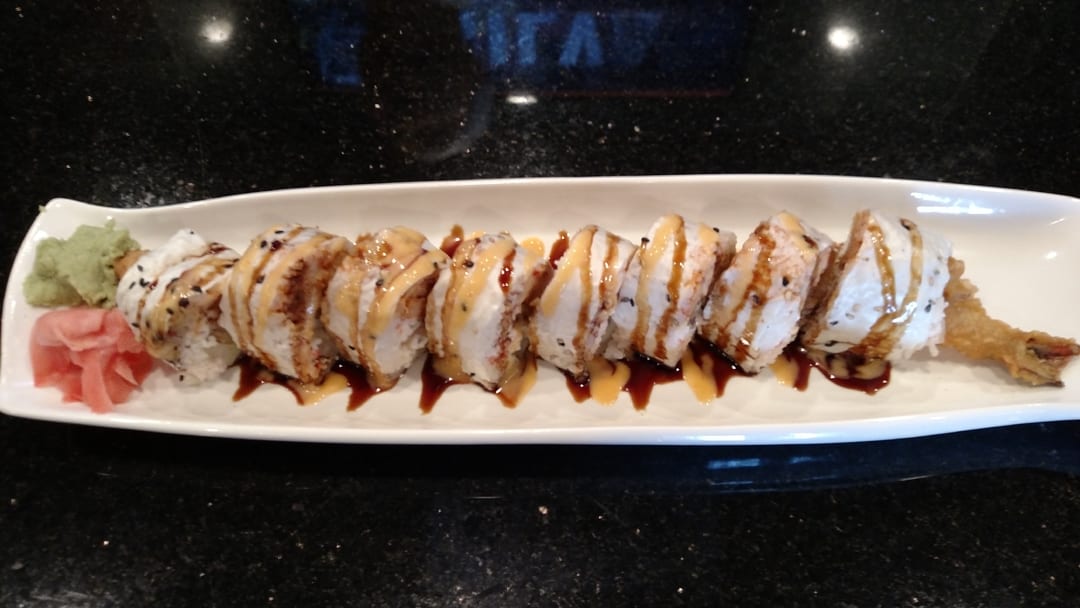 Fuji Hana prides itself on serving its guests good food while also giving them a great show with its popular hibachi grills. Order from a selection of steaks, fish and shellfish and watch as your food is playfully cooked in front of you by one of the restaurant’s many talented chefs. Fuji Hana also has a kitchen menu that contains specialty sushi rolls, tempura and teriyaki entrees, and yaki soba and udon noodle dishes. 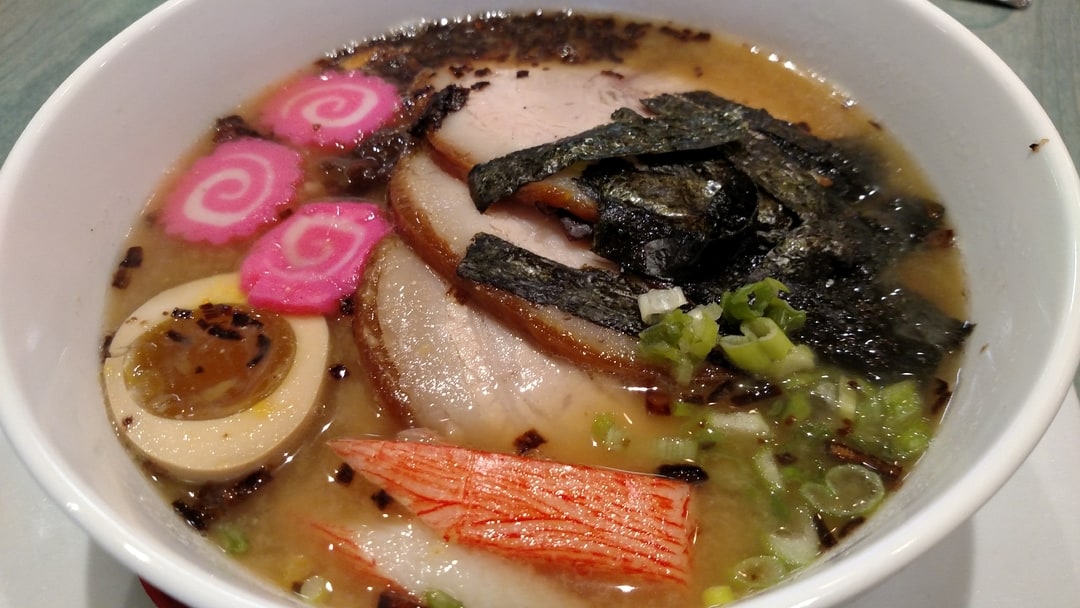 A fairly new restaurant to pop up on the Westbank, Nobuko is located in the building that housed the long-standing Parrot Pete’s Café in the Fountain Park Center on Manhattan Boulevard. The restaurant has Japanese standards such as sushi, noodles, and teriyaki dishes, it also serves tonkotsu ramen, poke bowls, and teppanyaki-style grilled food. Nobuko also occasionally hosts special events such as karaoke nights and live bands.

Tennou has been a Westbank staple since 2005, opening one month before Hurricane Katrina hit. The restaurant is popular for the many selections from both its sushi bar and hibachi grill. The kitchen also boasts tasty dishes such as noodle soups, numerous different appetizers and bento boxes, which include a choice of teriyaki, tempura, sushi, or sashimi with fried vegetables, California rolls, and noodle salad. 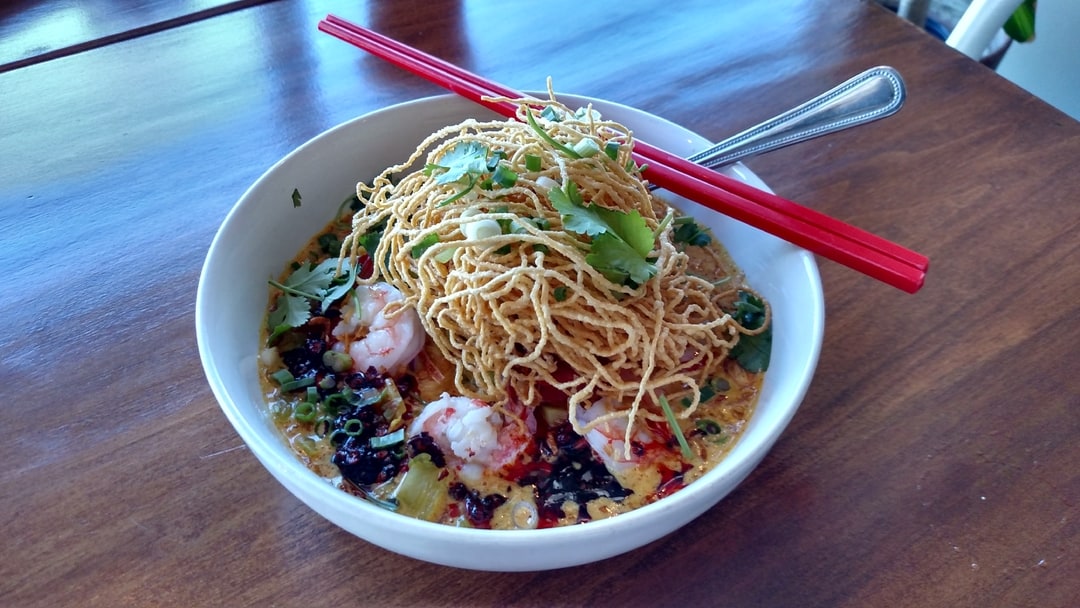 Since its inception in 2009, Banana Blossom has continually gained popularity as not only one of the best Thai restaurants on the Westbank, but also in the Greater New Orleans Area. Some of Banana Blossom’s most popular items include the roti flatbread appetizer, the pad thai noodles, and the BB curry noodles. Select dishes offer the option of substituting the standard noodles for the dish for Korean ramen.

Jasmine Rice, which took over Banana Blossom’s original location after it moved to Old Gretna, has a mix of traditional Thai cuisine such as pad thai, tom yum soup, green papaya salad, and chiang mai noodle soup. The restaurant also has non-Thai dishes such as wonton soup, edamame, and chow mein noodles. Other popular items at Jasmine Rice include its many different stir-fry bowls, as well as its curry soups. 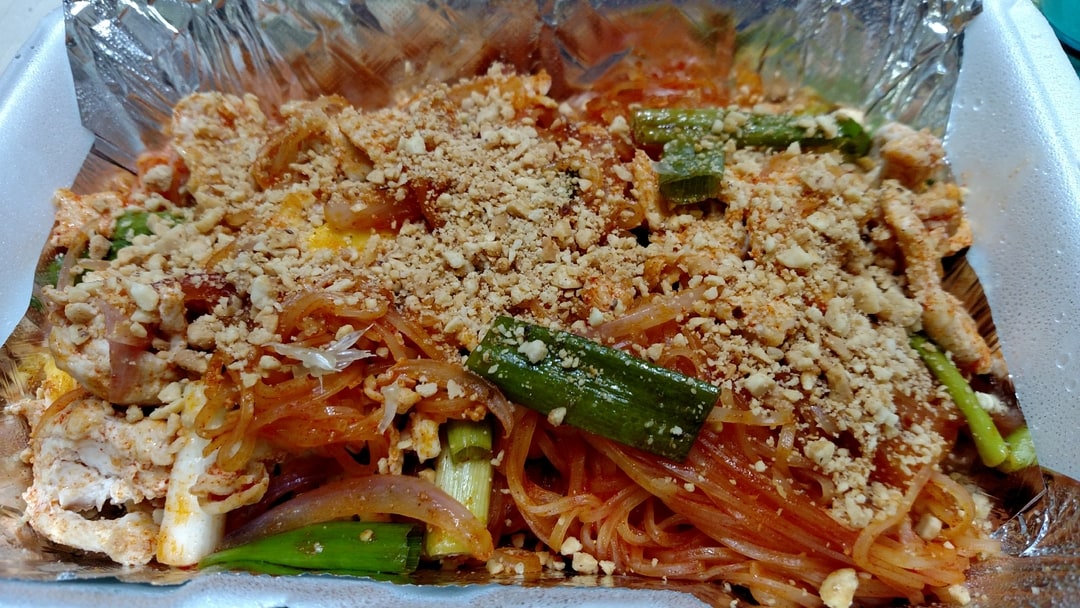 Usually found near Tulane’s and LSU’s medical centers during the week, the Thai Djing Food Truck has made the Gretna Farmer’s Market its home every Saturday morning. The truck’s main entrées are chicken or shrimp pad thai, green curry soup with chicken and basil stir-fried with rice, while its side foods include shrimp spring rolls, chicken curry puffs and beignets. The truck also bottles and sells its own pad thai, sweet and sour, and peanut butter sauces. 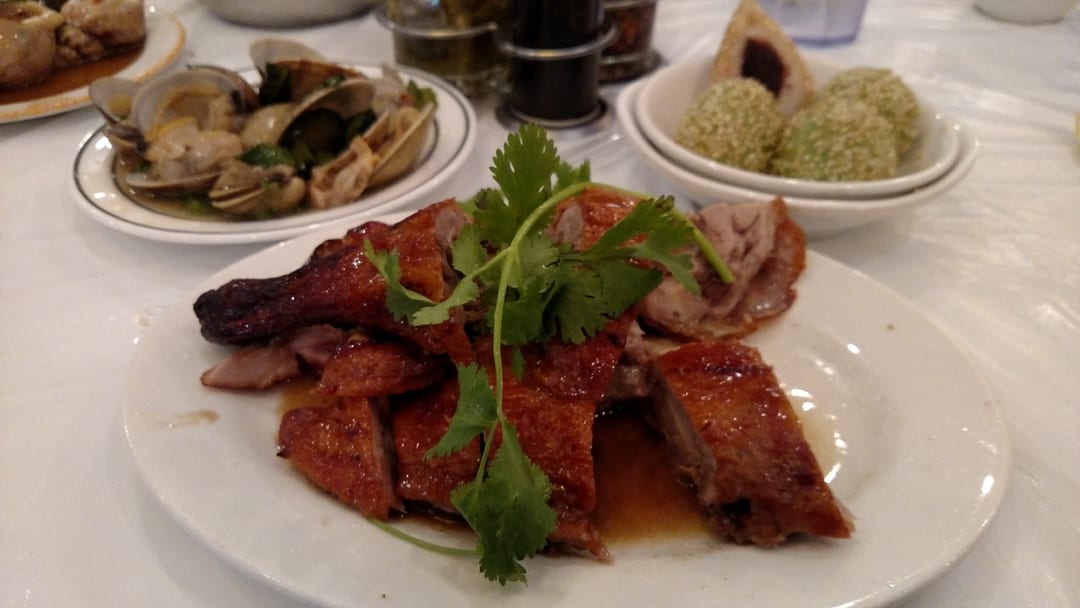 Panda King is commonly known for its Chinese buffet and hot pots, but the restaurant also has a special dim sum deal only on Saturdays and Sundays. In the fine dining section of the restaurant, the staff constantly brings carts of bite-sized food plates to every table and guests pick what they want from each cart. Patrons can select anything they could possibly want including dumplings, rolls, meats, and sweets. 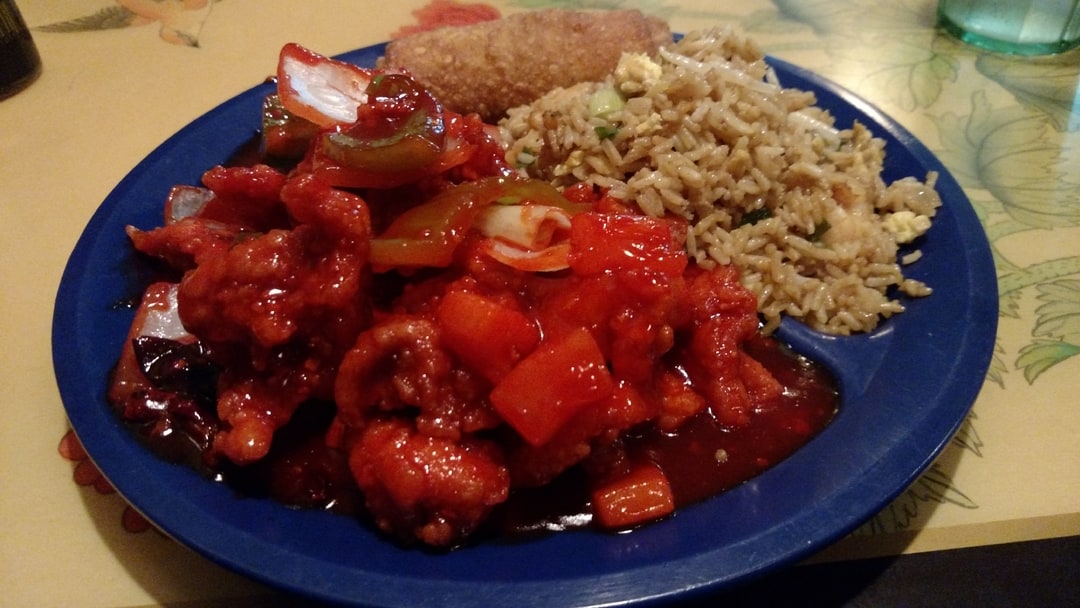 China Doll has the distinction of being one of the most popular Chinese restaurants on the Westbank. The restaurant offers a huge selection of fowl, beef, pork, seafood and vegetable dishes — all in hefty proportions. China Doll also has a wide arrange of specials such as General Tso’s chicken, barbecue shrimp and the Triple Dragon.