(Photo courtesy of The Elephant Collective)

New Orleans is an old, old city and proud of it. Wandering through the neighborhoods along the river can leave you feeling like you’re stuck in some other time with the St. Charles Avenue plantation homes that serve as reminders of the enslaved people who helped create the New Orleans we know today or the colonial and French-influenced architecture of the French Quarter, which show the city’s European roots.

Mid-City — on the other hand — holds no such grip on the past. The whole neighborhood is dashed through with a feeling of impermanence. This is no doubt fostered by the relative age of the neighborhood but it definitely doesn’t help that any decent-sized downpour can leave the whole area underwater. So, it makes a certain sort of sense that The Elephant Collective chose this area to set up shop. The community of artists, fabricators and performers in this existential crisis of a neighborhood  work around the guiding principle that art doesn’t have to be permanent to be remembered forever. 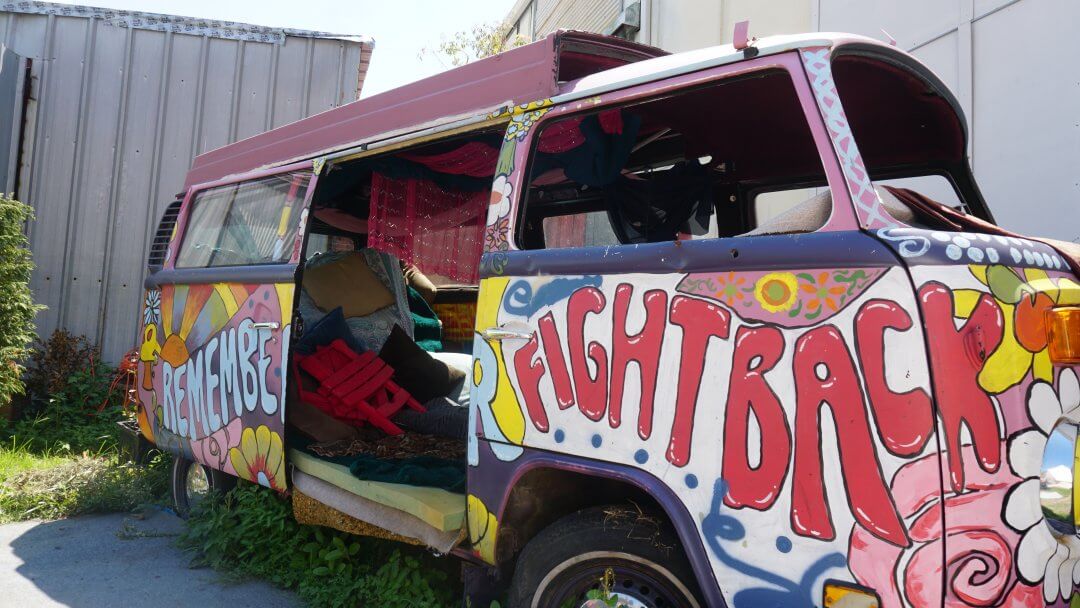 Walking into their warehouse just steps from the bayou uncovers a constantly evolving workshop that’s equal parts makerspace and commune, a place that’s unrecognizable from event to event as large-scale installations and infrastructure are torn down to make way for the next immersive bit of entertainment. Between the parties that the space throws to help cover costs, entire rooms are torn down, walkways, grottos and corners are made to disappear, all so that the next massive art project can have a little room to breathe. 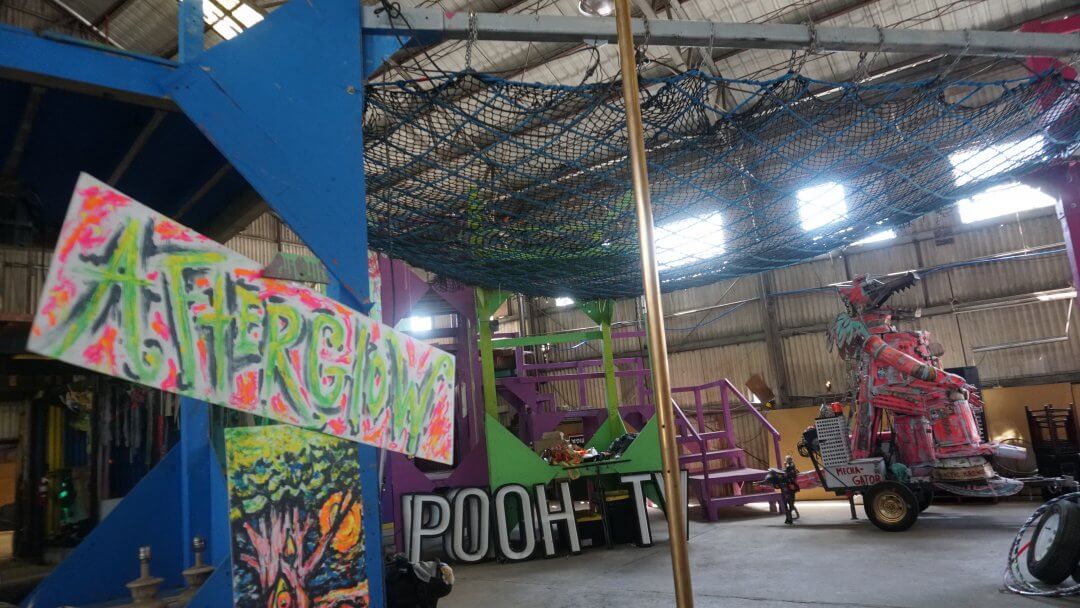 Though it might seem a bit chaotic as you walk past a bus being converted into a Moulin Rouge-indebted temple or a few displaced krewe floats, all of this shuffling is very much by design. The collective was started as a way to allow artists to work on their own personal projects while also letting them dream up bigger ideas than they could ever hope to make by themselves. To allow for all of this to happen, projects must come and go regularly.

“The purpose is to create large-format mobile art in the form of artcars or installations we can take to festivals or locations around the city that can combine together to create immersive experiences,” co-founder Dylan Butman explained during a recent tour of the space that began operating in April. “Our goal is to…give artists the opportunity to express themselves on a larger scale.”

Butman said that the collective plans to organize into guilds by trade, allowing artists to work with like-minded individuals on days where the warehouses equipment is designated for them. He hopes that the guild structure will make it easier to build the larger projects for festivals their own parties and outside entities who might want to buy a large-scale piece of art. Butman said that the collective will help put artists in contact with each other and potential customers while also allowing the creation of larger projects.

When Butman and their partner Stacey Spectacular came to New Orleans and met their fellow collective co-founder Mark Shays, they found a city in need of a makerspace and a community hub.

“When we found New Orleans and decided to move here, it was very clearly the perfect place to try and do something like this,” Butman said. “This city there’s a lot of really talented artists in this city and there was nothing like this at all. There was no makerspace. There was no open fabrication area. And there wasn’t any way for artists to try and get involved in bigger groups outside of doing it themselves.” 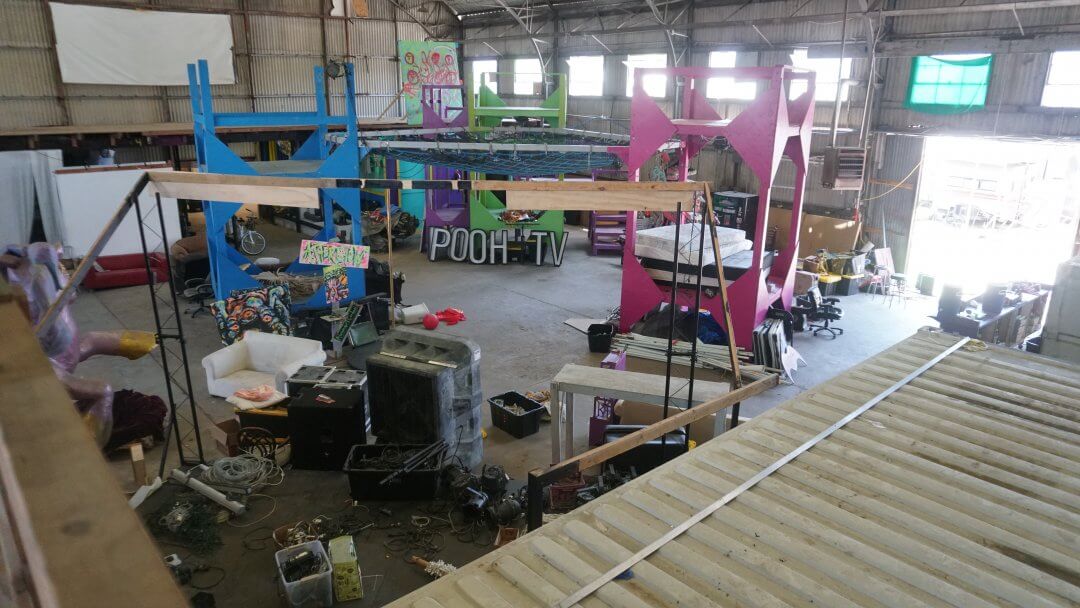 What eventually became The Elephant Collective took its name from the big gray insides of the bayou-side warehouse (and a mutual love of the movie Moulin Rouge).

“So, the space is on Toulouse Street. When we came in it just looked like we were in the belly of a beast,” Butman explained. “And someone looked up and said “it feels like we’re inside an elephant.” Stacey and I, one of our favorite movies for a long time has been the Moulin Rouge and it has been a common thread through the people we’ve been involved with.”

As the community grew, they realized that the name could not be more apt for their group-centered mentality and artist-nurturing spirit. 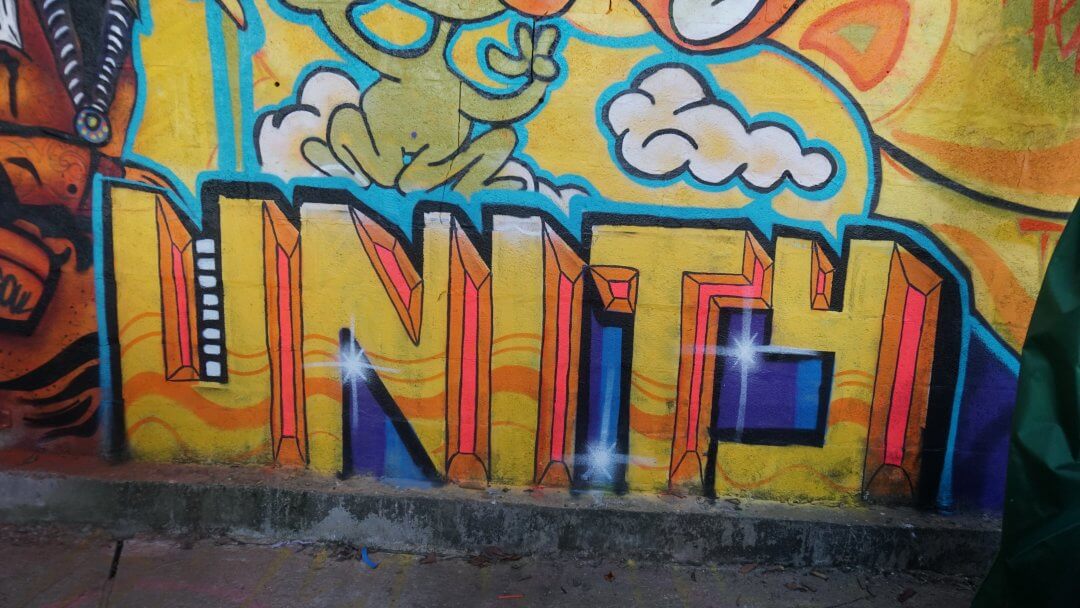 “We started seeing elephants as this incredible symbol of group unity, of being part of a herd or being able to travel together,of having long memories and being these big, incredible representations of loving and caring and nurturing.”

The elephant metaphor is being made a bit more literal in one of the projects currently filing the space. The collective are turning a school bus into a temple of love and truth, complete with voice-responsive LED lighting and a massive, flame-throwing elephant head.

“We’re turning it into the Elephant Room from the Moulin Rouge,” Butman explained, while standing outside the bus. “Inside will be a temple for body and sexual healing and acceptance of the truth of one’s self. At the top of this space will be a metal elephant head. One person will be able to crawl out into the elephant head, which will be wired with microphones. We’re going to write a software simulation that has a couple of different ways of thinking about your story. Thinking about the wording and the tempo and the volume and the emotion behind what people are saying and converting that into light alongside the bus.We’re trying to translate your story into this shifting and evolving tapestry that reflects the truth of your life.”

According to Butman, the flames will come when someone feels “confident enough to yell out their truth.”

And that’s just one of several large projects that the group is working on at any given moment. The ephemeral nature of these massive undertakings might irk other artists but, within the collective — housed in a temporarily cluttered warehouse in an impermanent-seeming neighborhood — they don’t seem too worried about it. Returning back to the name of the group, Butman explains that the art will live on inside the mind’s of the people who see it.

“We’re making big art that you can never forget.” 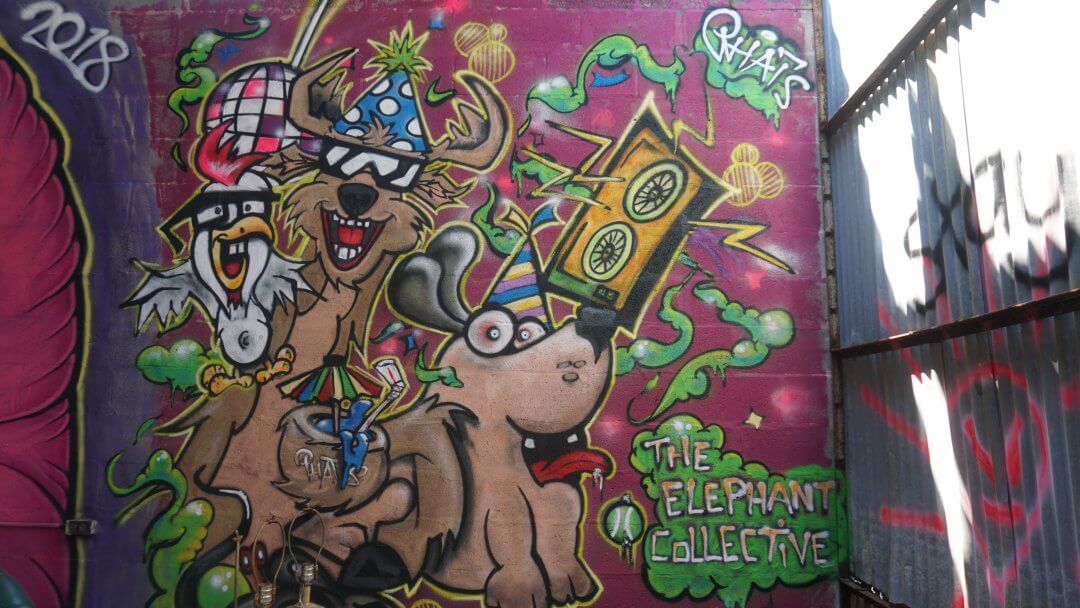 Anyone interested in learning more about The Elephant Collective should head over to their Facebook or attend their bi-monthly general interest meetings.