Tujague’s, the second-oldest restaurant in New Orleans, un-shuttered its doors at 823 Decatur St., where it has operated since 1914, for a special five-night dinner series with its traditional five-course menu in late June. It will formally reopen, bigger and better than ever, at 429 Decatur St. in September.

2020 was already set to be a swan song, of sorts, for the second-oldest restaurant in New Orleans. News broke last fall that Tujague’s would be moving this year from its historic location at 823 Decatur St. to the old Bubba Gump Shrimp building just a few blocks upriver, as its long-term lease was coming to an end. The restaurant, which opened at 811 Decatur in 1856, had been operating out of its most recent location since 1914. 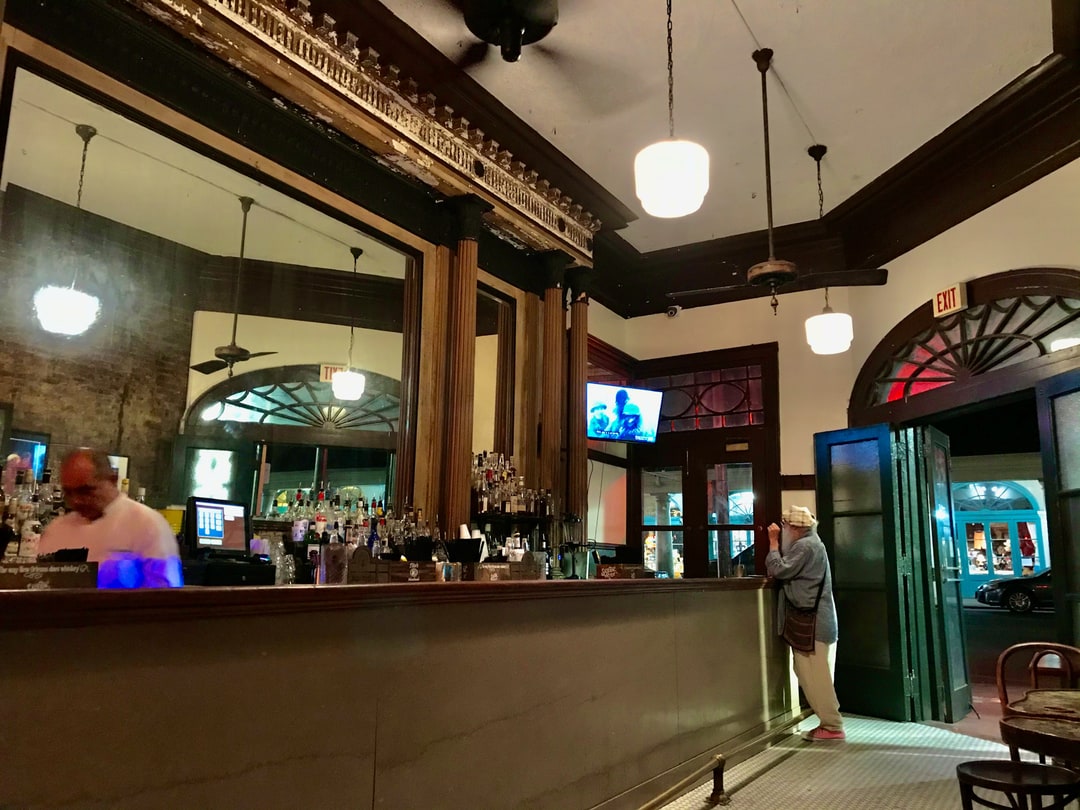 There were many things to love about the 823 Decatur location—the oldest stand-up bar in America, the tiny liquor bottles and old newspaper clippings that graced the walls, the very feeling that comes from being in a historic building where the same business has cranked out the same food and cocktails for over a century—locals and far-away fans alike were hit hard by the news of the forthcoming move. So imagine the disappointment amongst both staff and patrons when the pandemic struck and Tujague’s already-numbered days in its storied home were cut even shorter.

Luckily, in Phase Two, Tujague’s management was able to give devoted patrons “one last hurrah,” as owner Mark Latter described it.

“The pandemic hit, March 15th we shut down, and at a certain point we realized we weren’t going to really be able to reopen until the relocation,” he said. “We’d missed our peak time—French Quarter Fest, Jazz Fest, 10 other festivals— and we’d planned on closing by the second week of July regardless, even before the pandemic. But we thought it was important to give everyone a chance to have their last meal here.” 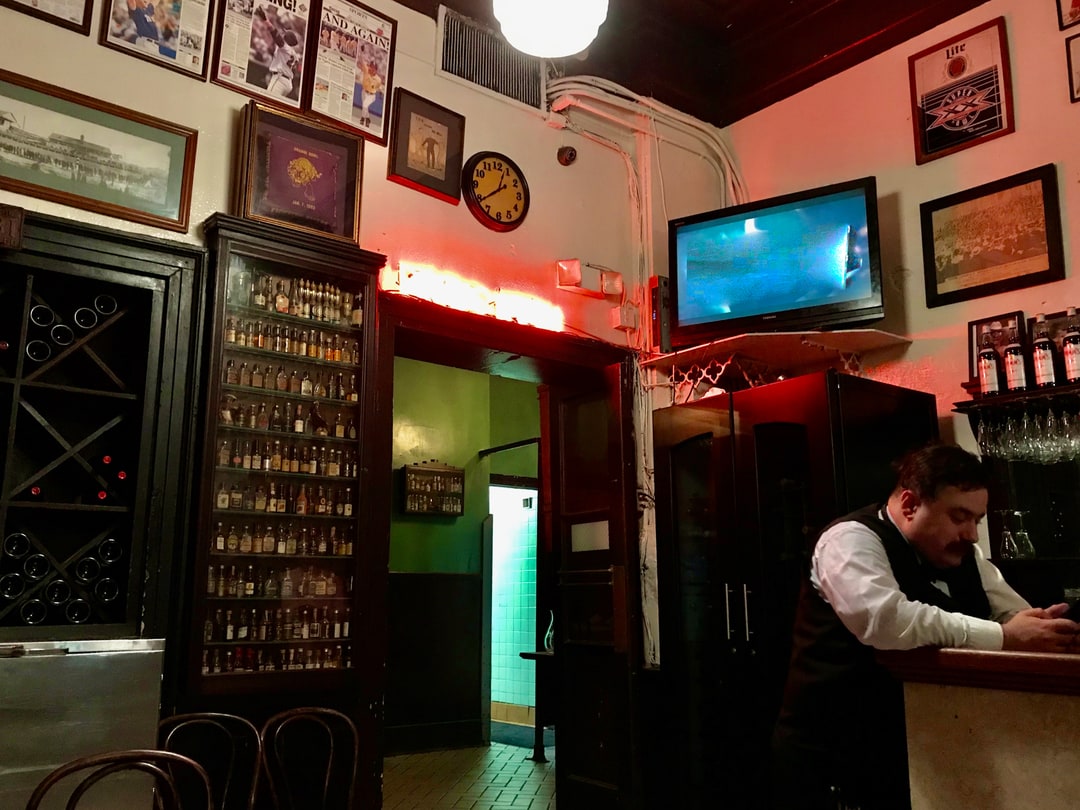 Initially, they had planned to open for dinner shifts on Thursday, June 25 through Saturday, June 27. But, especially as they were only seating at 50% capacity per Phase Two restrictions, the reservations got booked up so quickly they ended up adding two additional nights to the series, having it run from Wednesday to Sunday instead.

We are so humbled and thrilled to see the excitement surrounding our “Farewell, 823 Decatur Street” dinner series. Friday 6/26 and Saturday 6/27 are now sold out, but we have decided to open up on Wednesday 6/24 and Sunday 6/28 to give more guests the chance to celebrate our time at this historic location. Call us at 504-525-8676 or visit OpenTable to make a reservation. Thank you!! ♥️

“We wanted to make it special, so we didn’t open up any more days,” Latter said. “We could have done another week and sold out. I wanna say it was 98% locals. People that had been coming here for years, or somebody that had a rehearsal dinner here, their wedding here. So many stories of people coming in and out.”

He says there was a lot of nostalgia amongst the diners that came out for their ‘last supper,’ a feeling that was likely heightened by the menu: for these final dinners the kitchen reverted back to a five-course table d’hôte, the only menu available at Tujague’s from the time it opened in 1856 until 2013, with a few modern additions to show off the culinary prowess of chef Tom Robey. In an evening centered around indulgence, guests were treated first to Tujague’s famous shrimp remoulade, then to their choice of gumbo or soup, and then to an appetizer of brisket. They chose from a selection of entrées including gulf fish amandine, roasted duck breast, and tournedos of beef for the fourth course; and rounded out the meal with a mouth-watering bread pudding.

While it certainly sounds like a meal fit for a special occasion, I admitted to Mr. Latter I needed a nap just hearing about it. He laughed and validated my reaction, citing it as a reason for shifting to more of an à la carte arrangement after he took over the business following his father’s passing in 2013. “How often do you want to go out and eat five full courses?!” Changing up the menu allowed Tujague’s to appeal to a more diverse—notably, younger—demographic as well. With only 12 feet of hood space in a hundred-year-old kitchen not equipped for such variety, however, Latter says there were growing pains in the old building even before the leasing issues ultimately had them find a new home.

If anyone has reason to feel nostalgia around 823 Decatur St., it should be Mark Latter himself. He was just 5 years old when his father and uncle purchased the business in 1982 and has many fond memories of growing up around the restaurant—watching old men play dice for shots (and perhaps occasionally tossing the dice himself), attending Zephyrs games with the regulars, going to see “Miss Brenda” and scoring some of her famous fried chicken. He smiles and explains that Brenda Gooden had started in the Tujague’s kitchen as a 17-year-old and retired just last year after 48 years of service; that to this day she’s still “Miss Brenda” to him. A reputable place like Tujague’s attracts this type of long-term employee—there are still a few people who’ve been on payroll for multiple decades. But Latter says pretty much everyone is looking forward to the new future at 429 Decatur St.

“The amenities are just way better,” he said. “823 Decatur is a cool old building but… it is an old building. The restrooms weren’t handicap-accessible. That staircase was super narrow and precarious.”

What a nice night to look out over the city! We offer private dining with balcony access that's ideal for small and large groups. Contact Tujague's today to book your next party! #catering #largegroups #partypartyparty #balconyaccess #privatedining #tujagues #frenchquarter

He explains that great pains have been taken to preserve or recreate certain details in the new building, such as the flooring, decor and memorabilia. Those mini liquor bottles, for instance, were his father’s personal collection, sent to him by friends and patrons from around the world. They will remain on display as part of what Latter describes as a ‘Tujague’s museum’ along the main staircase of the new restaurant. There will be a courtyard patio, and a large balcony with a beautiful view of the Mississippi. And those 12 feet of hood space in the old building will be more than tripled to nearly 40 feet of space in the new one, allowing for greater culinary creativity and output.

The future with COVID

With the figurative bow put on Tujague’s days at 823 Decatur St., and despite the uncertainty and stress brought about by the pandemic, Mark Latter has reason to feel optimistic about the future of the restaurant group he began growing in 2016 when he opened Bar Frances on Freret Street. Though Bar Frances remains closed for the foreseeable future, Claret Wine & Cocktail Bar, which opened on Magazine Street in 2019, has seen decent business during Phase Two thanks in part to its ample outdoor space. The Bower, the newest establishment under the Latter Hospitality umbrella, was open for just three days in March before the pandemic struck, but there are plans to get it up and running again by mid-August. And renovations on 429 Decatur St. should be finished by September, kicking off a new chapter not only in Tujague’s history, but in the history of French Quarter dining as a whole.