Everyone knows 12th Night for two things: King Cake is no longer off limits, and the Phunny Phorty Phellows take their annual streetcar ride down St. Charles Avenue, officially kicking the Mardi Gras season off.

Now, 12th Night is getting a little bigger with a second streetcar krewe joining in on the fun on January 6.

The Funky Uptown Krewe will follow the Phunny Phorty Pellows, departing from Bourree at Boucherie on South Carrollton Avenue at 7:05 p.m. and riding the St. Charles Streetcar line to Canal Street, then ending at Fat Harrys on St Charles Avenue.

“This was mostly a group of friends that for the past two years have hung out at Avenue Pub on 12th Night and watched the Phunny Phorty Phellows come by,” said Craig Magnum with the Funky Uptown Krewe. “We loved what they do. We thought, maybe we can add to this as other krewes have done. Like where krewedelusion follows Krewe du Vieux and it seemed to spark bigger crowds, so we wanted to try that out.”

Joining in the fun for the krewe’s inaugural ride will be Mannie Fresh, performing a full DJ set on the streetcar. The krewe’s signature throw will be a mixtape featuring some of the city’s most recognized bands, including the Hot 8 Brass Band, Big Sam’s Funky Nation and Cowboy Mouth. Only 1,000 of the mixtapes will be thrown, so make sure you get your hands on one. Other throws include koozies and cups with the krewe logo. 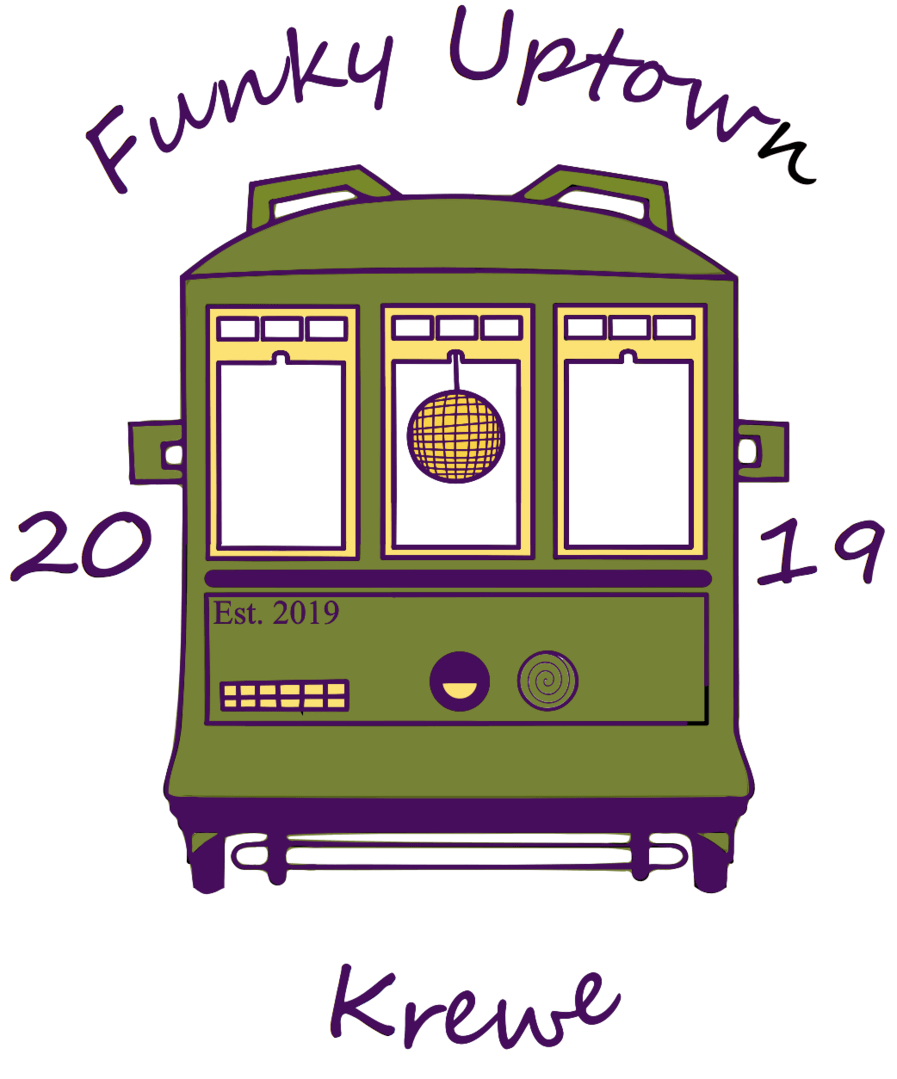 The krewe said they chose 12th Night in the spirit and tradition of multiple Mardi Gras krewes reveling on the same night, and to encourage more people to come out to the streetcar line and provide a boost to area businesses. They added that the krewe is fully run by volunteers and more than 90 percent of every dollar spent by the group goes to local businesses.