Run by Beau Ciolino and Matt Armato, the blog’s cheeky tagline is “better homo and garden.”

It is incredibly difficult not to like Beau Ciolino and Matt Armato.

Here they are, lounging around, looking effortlessly chic amidst their mid-century modern decor. There they go, holding hands on a French Quarter street. Now watch them shake up a new cocktail and pen a new recipe for a Thanksgiving dessert, then read about how it came to be with Ciolino’s wry humor describing the process.

Ciolino and Armato, both New Orleanians living in Covington, are the brains behind the beauty of ProbablyThis, a lifestyle blog they cheekily describe with the tagline “better homo and garden.” The pair’s blog and social media following, powered by their mid-century modern aesthetic, honesty and charm, boasts an audience well over 100,000, which only looks likely to grow as Ciolino and Armato key into how they’d like to see their brand expand.

“It’s something we always have to remind ourselves of,” Armato said of the blog’s audience growth. “It’s still difficult to remember that we have a huge audience. It’s just crazy to think five years ago, not very many people knew who I was personally or who Beau was.”

Like many great ideas, one of Ciolino’s best came because he didn’t know what he wanted to be when he grew up. It was in the vacuum left by that uncertainty that he stumbled upon ProbablyThis. Back then, though, it wasn’t yet called that.

ProbablyThis actually started as ProbablyBaking, a blog dedicated to the  delectable treats Ciolino would cook up when he wasn’t working on his final year at Loyola University or heading out to spend time with Armato in the early days of their relationship.

The pair met while in college, and it didn’t take long after that meeting before their relationship began. Weeks later, they even planned a study abroad trip to Vietnam together, and they left within just a couple of months of beginning to date.

“It was definitely a sink or swim kind of move,” Armato laughed.

They’ve been swimming ever since, changing the blog’s name soon after its birth to more generally reflect their interests (it came from the answer Ciolino would give when asked what he planned to do after college). Together, they look to each other for affirmation during an interview, completing each others’ sentences and gently teasing when a sentence goes awry or someone forgets where they were going with a story.

Online, Ciolino and Armato are careful about making their relationship too much the focus of blog and social media posts.

“Making your own life moments that are really special a spectacle for a crowd can make them less enjoyable, so I know there are things I don’t want to share in the full excess of what they are,” Ciolino said.

Still, changes to social media have made what they share a fuller picture of their lives than ever. Consider, for example, Instagram Stories, which gives the pair an instant, unvarnished way to connect with their audience.

“It’s gotten way easier the last two years or so being like, this is who we are. We don’t feel pressured to be any kind of way other than the content we want to create,” Ciolino said, underscoring the honesty of their online lives.

An obvious part of who they are — two men in a committed relationship — was in some ways groundbreaking when the blog began.

“A lot of our audience is intrigued and interested in our relationship, mostly because they’re a queer audience who hasn’t had a lot of examples of queer relationships in this traditional media until very recently,” Ciolino said.

Ciolino and Armato both have distinct voices on ProbablyThis, which makes it easier to get to know the pair, their sense of humor and style. Consider, for example, the intro to a recent post from Ciolino: “So I’m not trying to stress anyone out but y’all did you realize it’s almost the end of 2019? I’ve personally been really busy the last few months trying to make sense of my confusing feelings on Shia LaBeouf in those same pair of grey pants he wears every single day so the fact that the holidays are here kind of hit me by surprise. I think something about a childhood of Even Stevens and the fact that Shia now looks like a cold-blooded yet creepily hot murderer has given me complicated feelings that need to be worked out. This is a gift guide.”

The pair has plans to see ProbablyThis continue to grow. Though they can’t talk specifics yet, they both look to former HGTV figures Chip and Joanna Gaines as inspiration for the possibilities of cross-industry branding, merchandising and business opportunities.

The plans they can talk about include a move back to New Orleans, maybe in the next year or so. Ciolino and Armato moved to Covington — Ciolino jokingly calls it a sabbatical — to focus on their blog and take a step back from the distracting social lives they lead here. Moving back, they said, now that the blog has grown so much and so quickly would give them an opportunity to shine a spotlight on what they love about life in New Orleans. 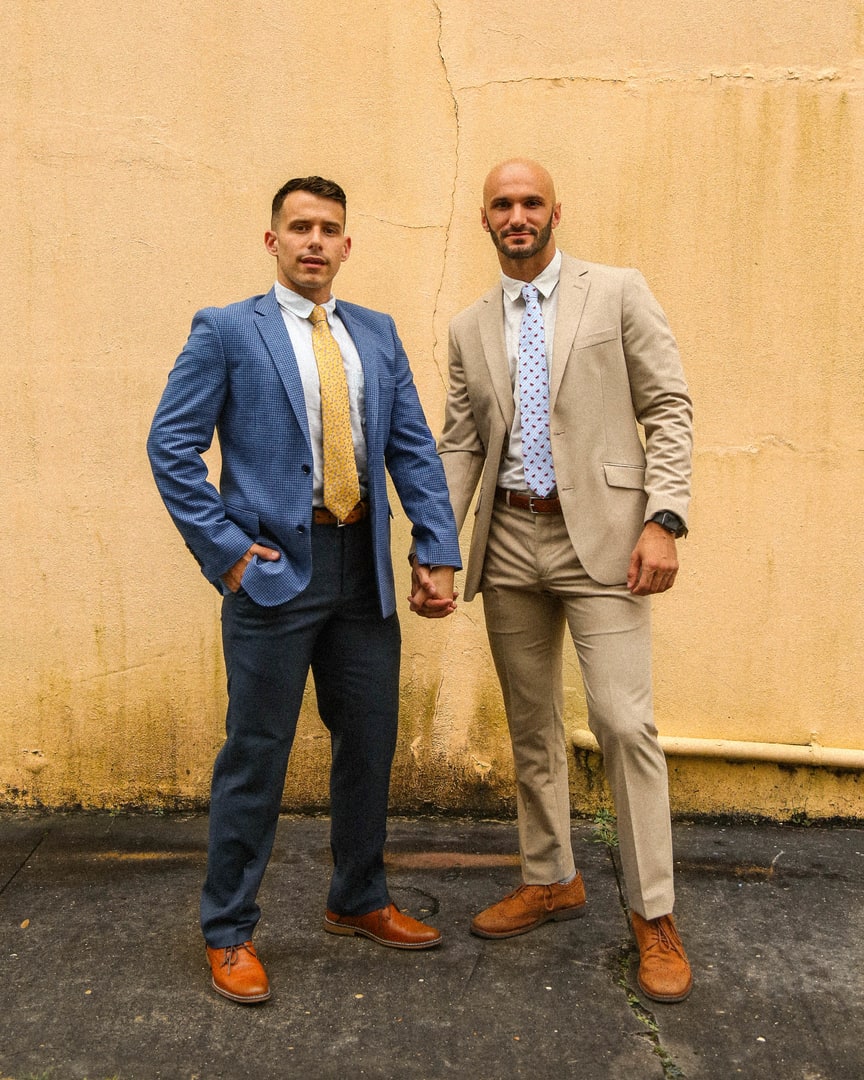