I have learned two things as a result of my conversations with many of the eccentric, talented, and inspiring owners of New Orleans restaurants pop-ups, and food trucks:

2) there’s always a good story behind the food.

My solemn belief in these “foodie truths” is only further solidified after getting a chance to sit down inside St. Roch Market to talk with Rafik Abohattab, owner and head chef of Torshi.

Torshi, named for the Arabic word for pickles, serves authentic Egyptian food, and this stand inside the market is equally known for its amazing food as it is for its gregarious owner. Abohattab’s journey from Cairo to the Crescent City is the type of story that needs a whole book (Abohattab assures me he will write one someday) rather than just this article, but if you go try his amazing food, I am sure he is willing to fill in the missing details. 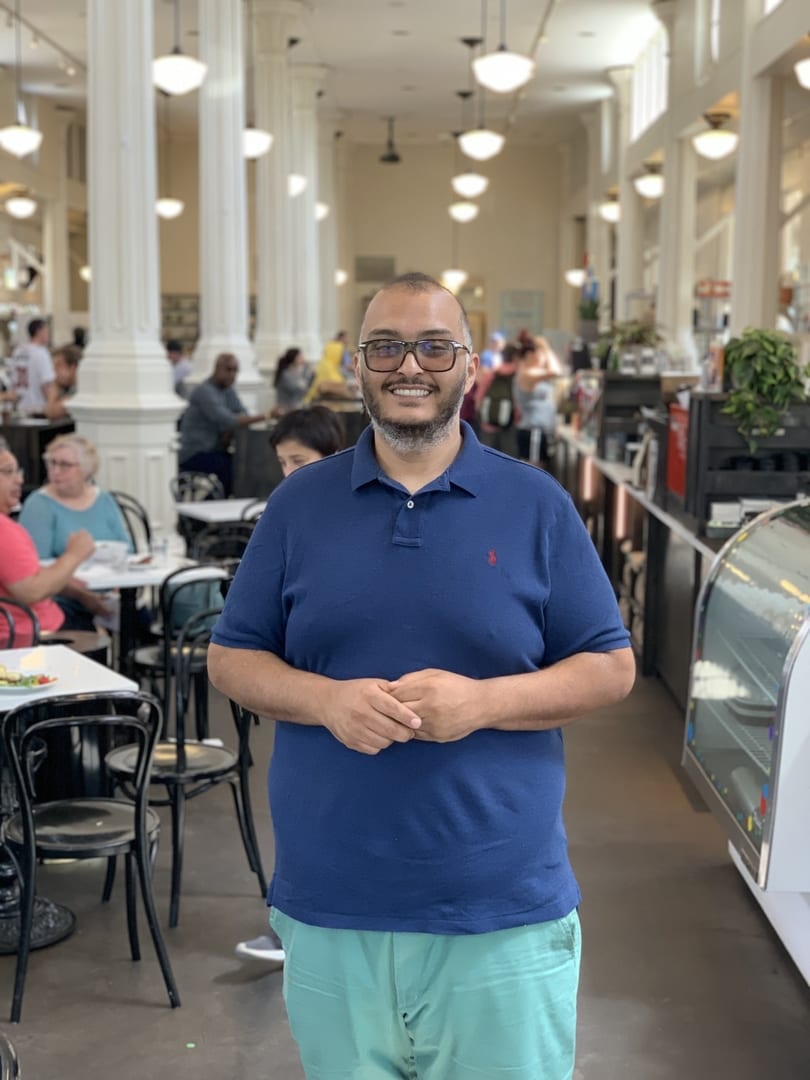 His story begins in his hometown of Cairo where he honed his skills by cooking alongside his mother and grandmother in his family kitchen. Armed with two constants in his life, ambition and a love of cooking, Abohattab began operating a food cart on the streets of Cairo at the age of 17.

He then moved to New York with $71 in his pocket and a dream to open his own restaurant; however, things didn’t go as planned. While his dream never disappeared, that $71 did, and Abohattab found himself living on the streets.

However, Abohattab didn’t give up even as his dream seemed to be more distant and unattainable. He ended up finding odd jobs all around the South and East Coast, and even worked a brief stint off the coast of Alaska on crab boats. The winds of fate on his journey finally brought Abohattab to New Orleans, where he began driving a cab while listening to a study guide on CD that would help him pass his naturalization exam to become a citizen.

When I asked Abohattab why he finally decided to pursue his dreams with food in New Orleans rather than one of the many cities and states he ventured into, he explained, “New Orleans loves food, and the people are willing to be adventurous in what they will try. There’s a lot of ‘my type of food’ in New York, but I felt like it was missing here in New Orleans. Egyptian food has 7,000 years of history behind its flavors, maybe more, and I knew the people would love it once they tried it.”

Once Abohattab settled in the city, he began developing his menu and eventually secured a stand in St. Roch Market that he named Torshi. The platters, wraps, fresh salads, desserts and Egyptian teas are all based on his family’s recipes, and the long lines and rave reviews from customers seem to indicate he is doing something right.

Recently, Torshi has begun offering a not-so-typical brunch menu. One of the highlights from the brunch menu is the King Tut Falafel, a platter that includes a hard boiled egg wrapped inside one of Torshi’s signature crispy falafels, served on a bed of creamy hummus and topped with house-made tahini sauce. 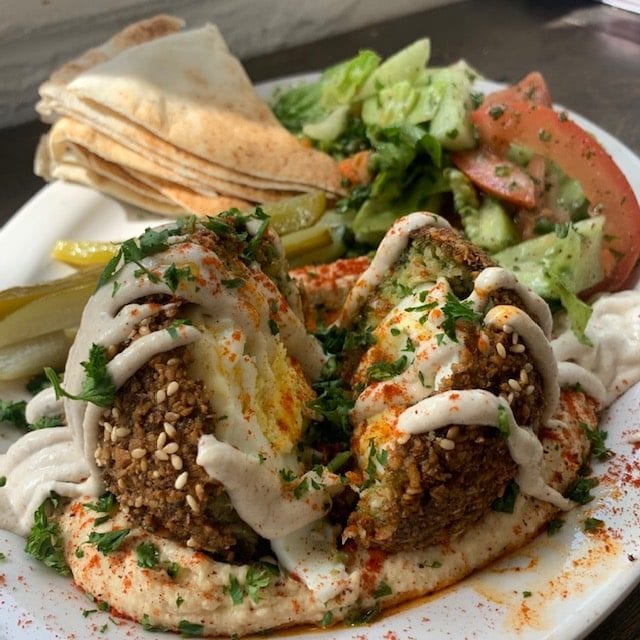 Abohattab also usually offers samples of his Egyptian drinks that are made fresh daily, including hibiscus rose water tea, mango ginger lemonade, mint lemonade, sweet and unsweet Lebanese tea. These refreshing drinks are colorful, eye-catching, and have been a big hit among the customers who come into the market looking to cool off from the brutal heat.

Torshi’s food and Abohattab’s story embody everything that is New Orleans: extra colorful, flavorful, vibrant, resilient and evolving. In the future, Abohattab hopes to open a full-blown restaurant, and as a fervent foodie, I will be the first in line to support the next step in his truly remarkable story.