This neighborhood bookstore also has its own publishing arm.

Amid the hustle and bustle of North Carrollton Avenue in Mid-City sits a tranquil oasis for book lovers from throughout the city and beyond. Tubby & Coo’s Mid-City Bookshop, a store specializing principally in science fiction, fantasy, graphic novels and children’s books, celebrated its fifth anniversary on Sept. 1.

“I got started really just because I always wanted to have a bookstore, so I just did it,” explained owner Candice Huber, a former health care IT project manager, recalling that no other store in the area delivered the mix of genres that she enjoys. “I decided to go in the niche direction of creating a store for nerd-folk like me.” 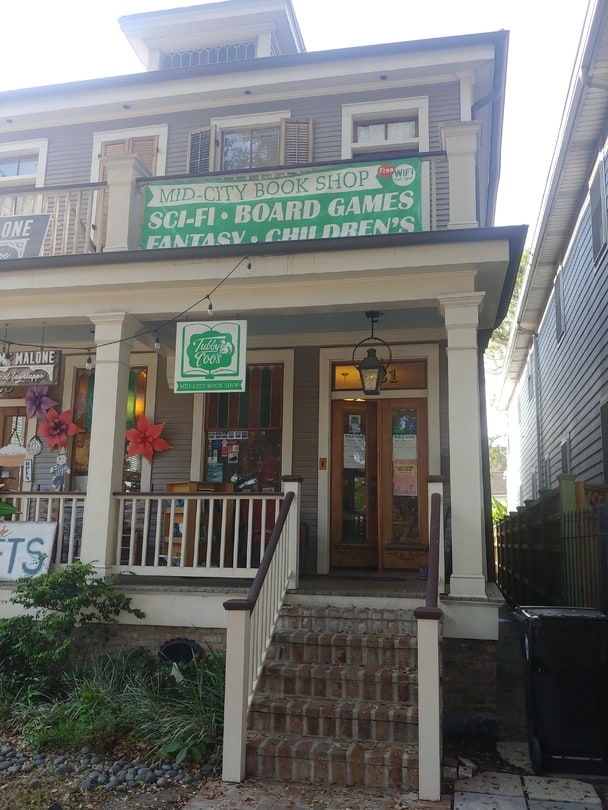 Since then, the curated collection has attracted visitors from all around the area, with some coming from as far as Mississippi and Baton Rouge, as well as tourists exploring New Orleans by streetcar. Huber, a sixth-generation New Orleanian, can quickly gush forth recommendations from her favorite genres, from N.K. Jemisin — the African American author who became the first writer to win science fiction’s Hugo award for best novel three years in a row — to “American Gods” creator Neil Gaiman to Rebecca Roanhorse, known for her award-winning science fiction featuring Native American characters.

One shelf in the front of the store showcases works set in New Orleans and nearby areas, and a selection of used books caters to fans looking for older works or simply on a budget.

In addition to coming to find something to read, fans flock to the store for a number of events, from book club meetings to a weekly board game night. For those who enjoy an adult beverage with their gaming, the board game group alternates between meeting at Tubby & Coo’s and at 504 Craft Beer Reserve, the Tulane Avenue bottled beverage emporium and bar.

“We get pretty regularly a good group of people every week,” said Huber, often starting off playing larger group games and then splitting off to try a variety of games. “It kind of just depends on what people want to play.” 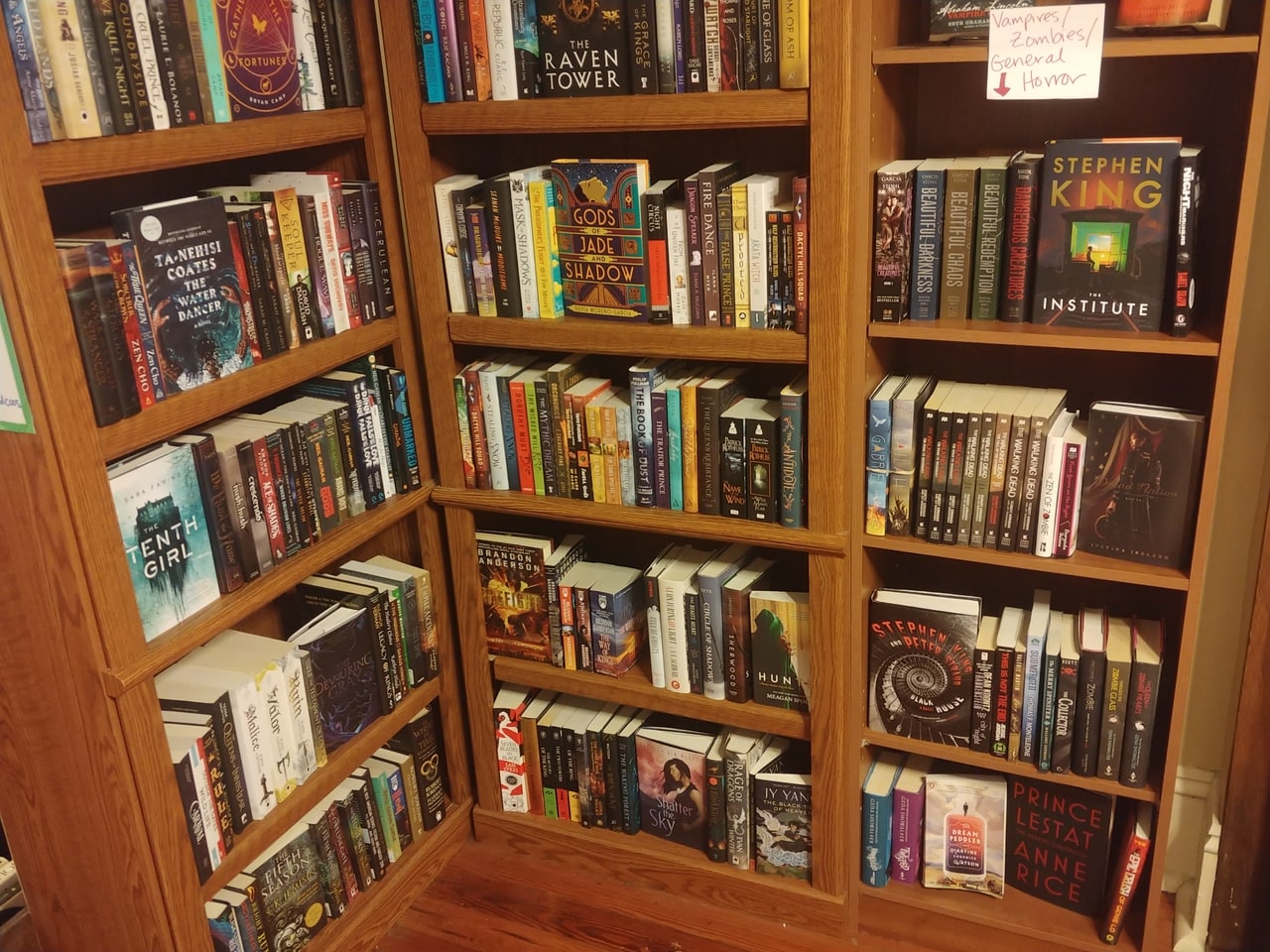 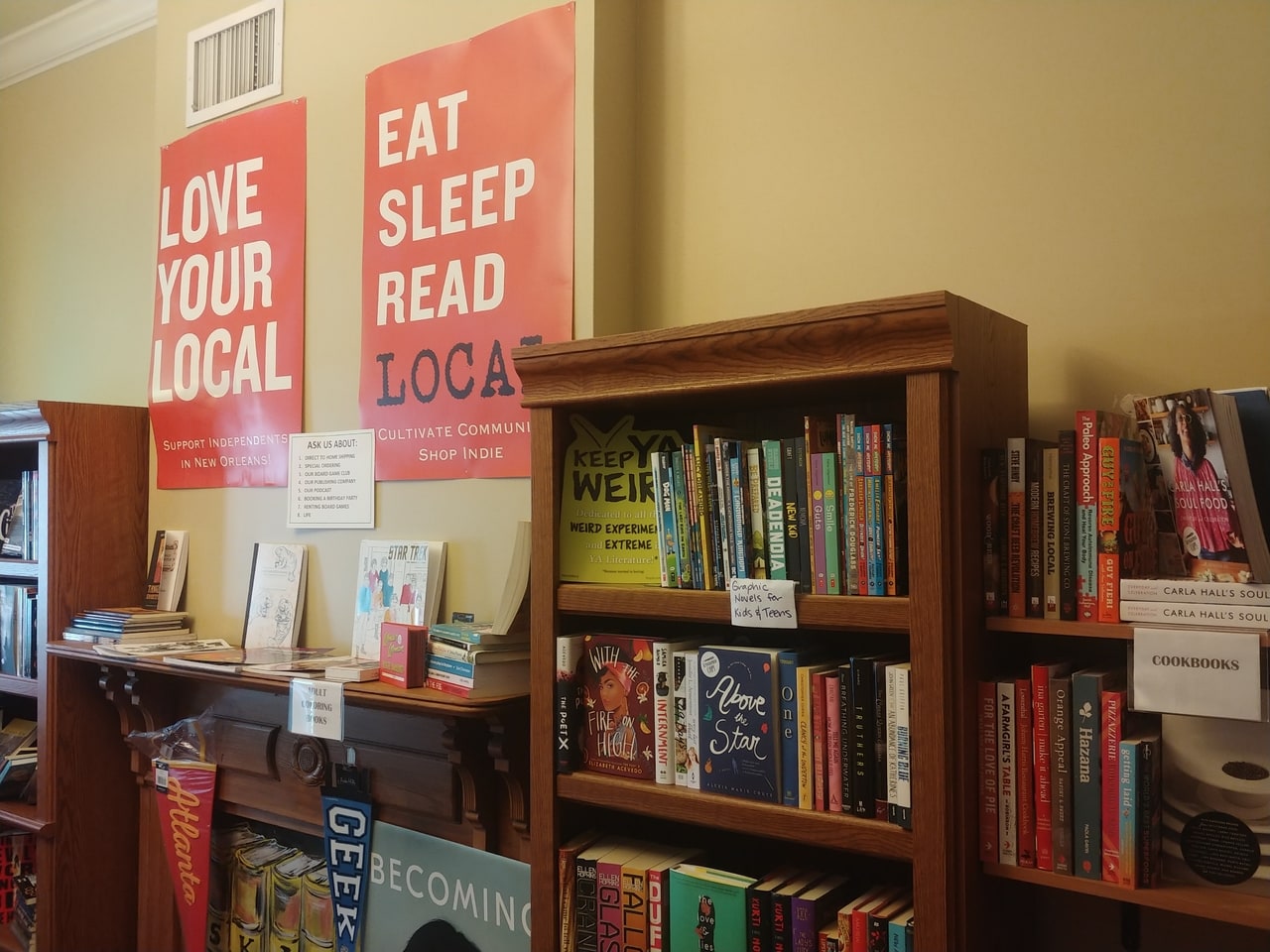 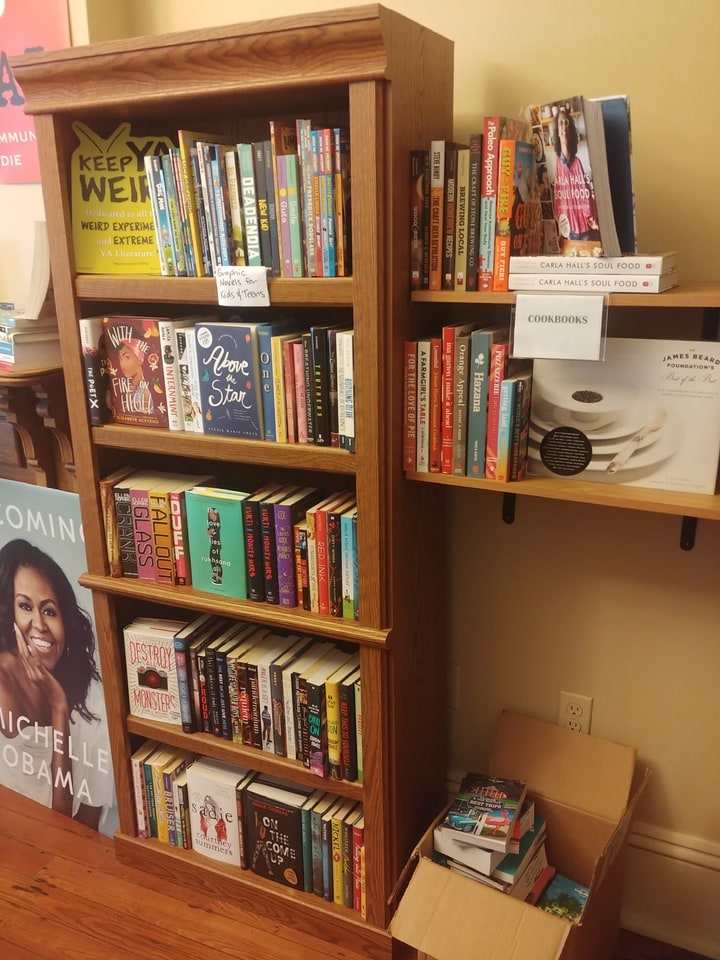 Shoppers interested in board games can also purchase them from Tubby & Coo’s, or even rent from a selection of more than 100 if they want to host a gaming night of their own or simply try before they buy. Games rent for just $1 per night with a two-night minimum, and Huber said she’s never had an issue with them coming back in poor condition.

The store takes its name from Huber’s late grandfather and grandmother, who went by Tubby and Coo, respectively, and both grew up just a few blocks away from where the store now stands.

“I always said if I opened a bookstore I would put it in my grandparents’ old neighborhood and name it after them,” Huber said.

Its official grand opening took place on Huber’s grandfather’s birthday, and during the store’s first years he took pride in visiting and introducing himself as the store’s namesake.

His birthday isn’t the only one celebrated at the store: One of Tubby & Coo’s most popular events is an annual celebration of Harry Potter, held on or around the J.K. Rowling character’s July 31 birthday. While the series attracts readers of all ages, Huber says the party is mostly for adults: In recent years, it’s been held in a password-protected speakeasy in the French Quarter, where admirers of the teenage wizard enjoy Potter-themed drinks and snacks.

Fans of the bookstore also drop by the Saturday before Mardi Gras, when the Endymion parade rolls down Carrollton Avenue. “We basically just sell tickets to use our bathroom and eat our food,” laughed Huber.

For audio-inclined customers, Huber and her mother, Gail Johnson, co-host the store’s first podcast, a sort of audio book club where they make their way through George R. R. Martin’s A Song of Ice and Fire series, the literary basis for HBO’s “Game of Thrones.” The podcast, titled “Winterfell and I Can’t Get Up,” is accessible through Tubby & Coo’s website as well as podcast apps and marks Johnson’s first foray into the iconic fantasy series.

Tubby & Coo’s has also spun out its own publishing arm, now known as Tales Publishing, debuting last year with two children’s books and a young adult fantasy novel. More books are in the pipeline for next year, said Huber, who said she’s glad she followed her dream of opening a bookstore.

“It’s something that I always wanted to do,” she said.

What to know about more to do in Mid-City? Click here for our guide to Carrollton Avenue.

Don’t get us wrong. We all love Carnival. But somewhere around Mardi Gras Day, it’s easy to hit a wall in the oft-mentioned marathon. Mardi Gras burnout is real and...