Ask any college student about the best meals to satiate the “drunchies” or an epic hangover, and we’ll bet you anything that ramen is one of the top five answers.

The beginning of this bromantic story behind Union Ramen starts after a night on the town. A group of friends went over to Chef Nate Nguyen’s home after, and he served them a bowl of the ramen broth he’d been working on. 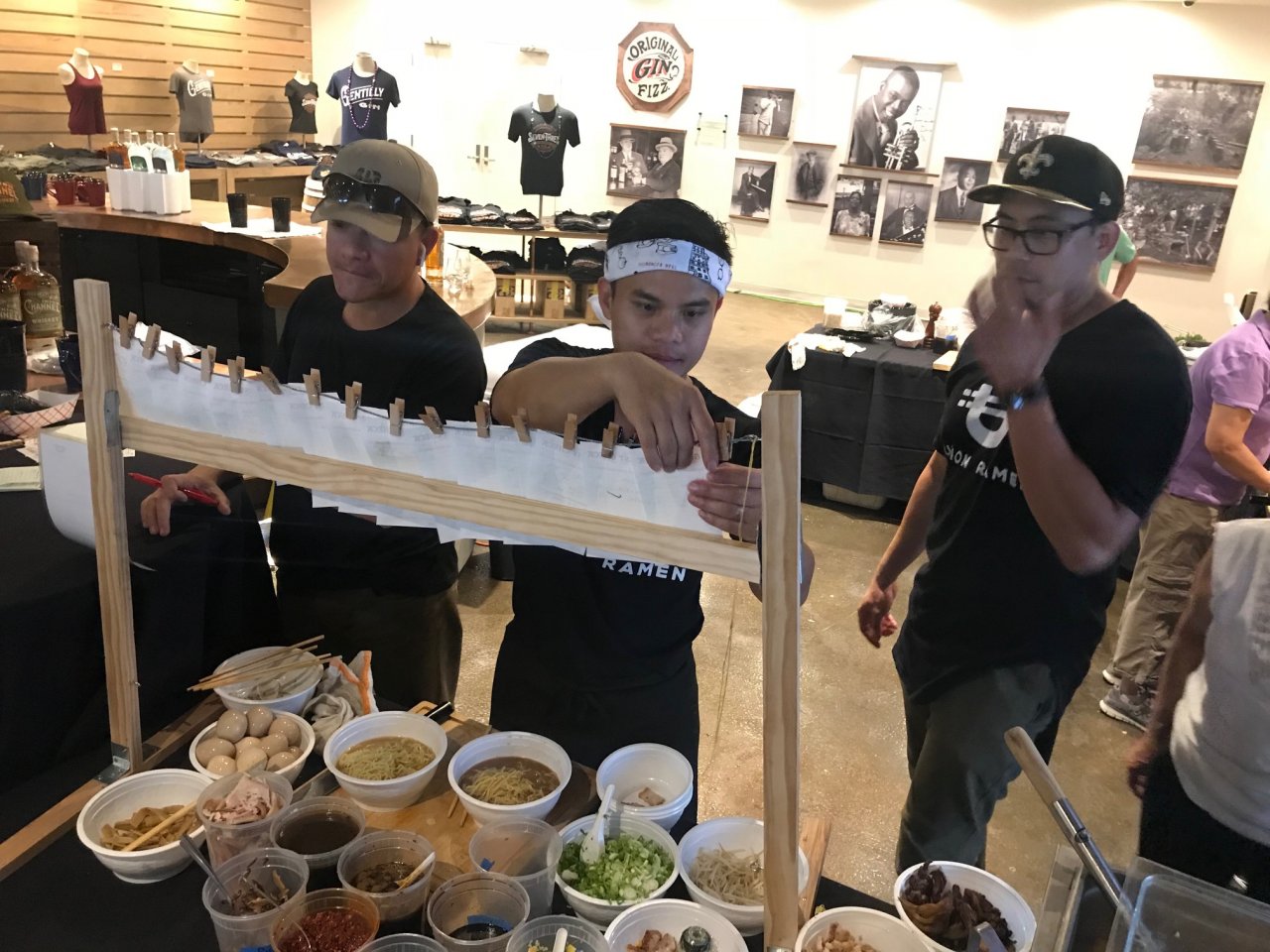 “It was one of the best things I’ve ever put in my mouth. It was fantastic,” recalls Union Ramen partner Jeff Gapultos. “But, I wasn’t quite sure because I didn’t know if it was cause I was inebriated or if it really was that good. It wasn’t ’til the second bowl that the light bulb went off.”

Gapultos, a special events and entertainment producer who owns Eiffel Society and occasionally moonlights with the Saints, knows an opportunity when he sees one. Combined with Nguyen’s vast culinary experience, and his penchant for entertaining, they came up with the Union Ramen pop-up concept.

“He wanted to do something different with his talents in the culinary, and I was put on this planet to make sure everyone is having a good time. And that’s what we want to do,” Gapultos said.

Nguyen is no stranger to ramen. Originally from Vietnam, he moved to New Orleans when he was 10 and didn’t leave town until 2006, when he moved to L.A. to go to culinary school post-Hurricane Katrina. From there he went on to cook for Emeril Lagasse in Las Vegas Lagasse Stadium before returning home and cooking at some of the city’s most popular kitchens including Meauxbar and Susan Spicer’s Bayonna. But you might know of him as the one of the first original chefs from Kin.

After a two-year hiatus from the kitchens, they started hosting Union Ramen pop-up dinners at different locations. The project developed a cult-like following over time, so they decided to put the wheels in motion for an actual brick-and-mortar location. Last week, they received the final approval from the New Orleans City Council to go ahead with the plans to open a restaurant and future event space in the large Magazine Street building that formerly housed Jim Russell Rare Records. They’re hoping to be opening no later than January of next year.

Ramen is laidback and fun comfort food, and that’s exactly what you can expect out of these dishes.

“In the beginning we are doing things a bit more traditional to get people to understand where we are coming from,” Nguyen says. “But later on, we’ll use different techniques and different cuts of meat.”

Their popular chicken-based broth is cooked for a very long time to get the umami flavors and a silky consistency.

During a pop-up held at Seven Three Distillery late in the summer, they also served spam hand rolls– the chef’s take on the popular Pacific dish, misubi. 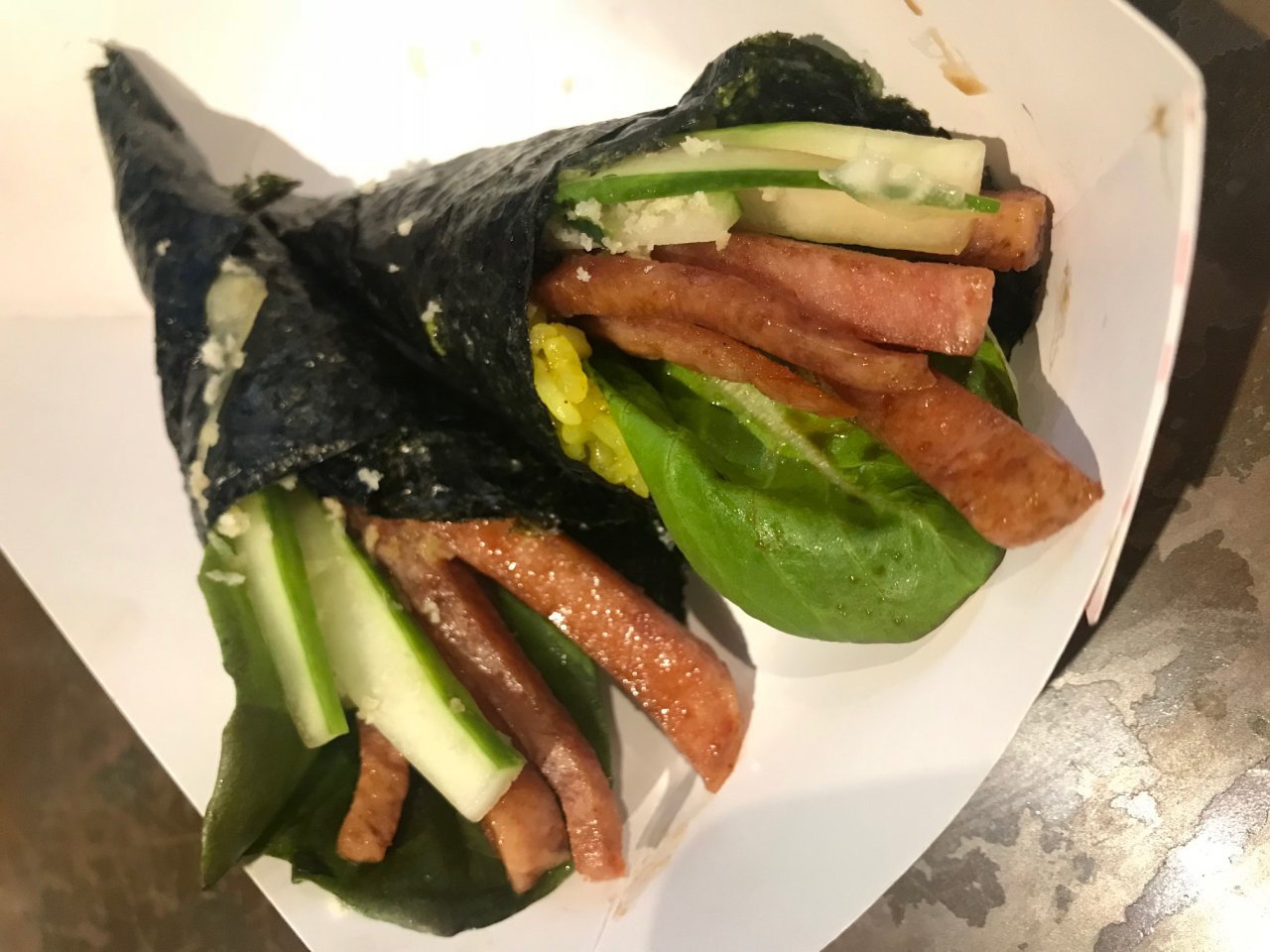 My recommendation: Summertime Tsukemen, a dipping ramen dish that is served “deconstructed.” It put some of New York’s institutions to shame. 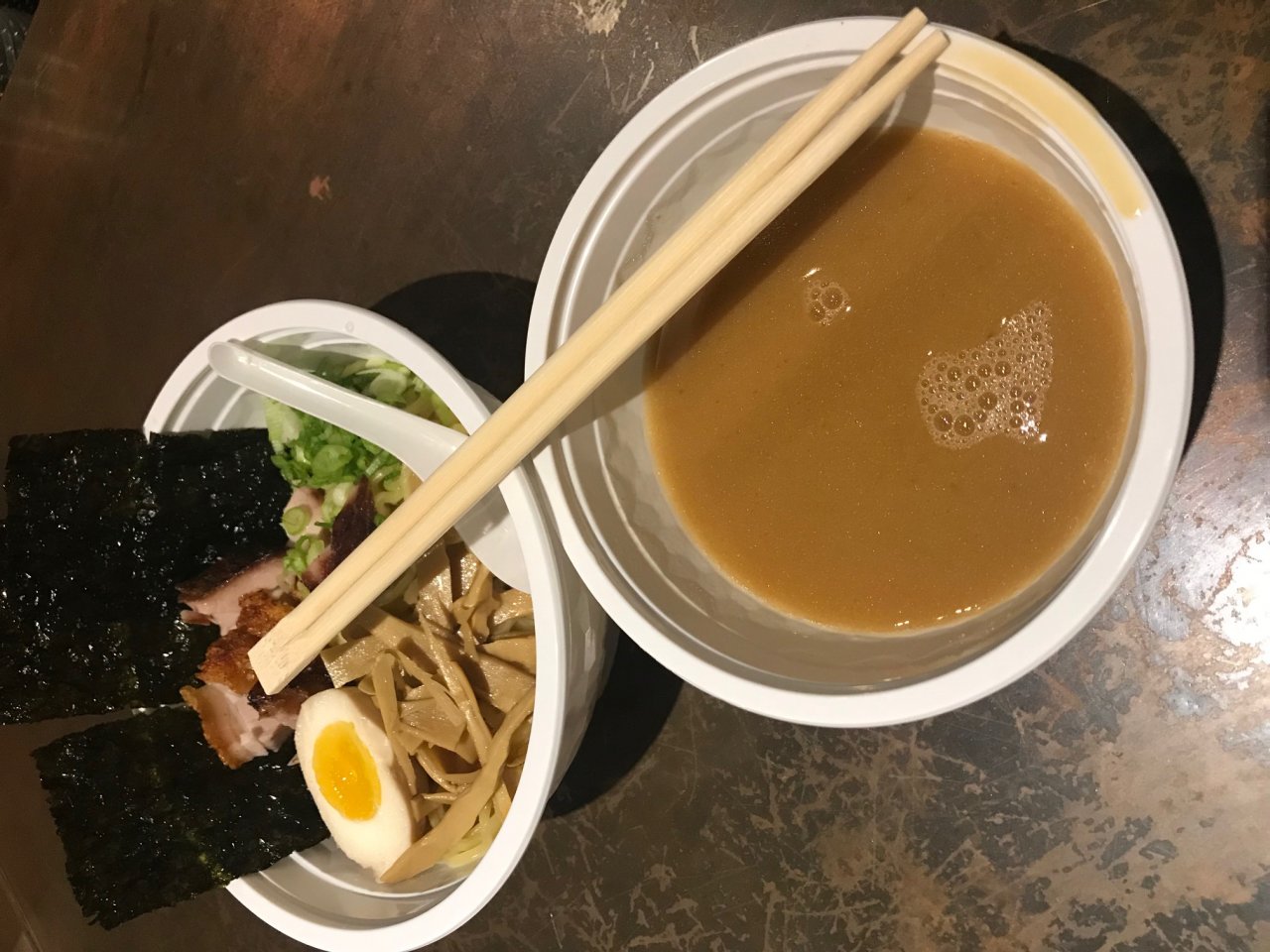 Once they’ve settled into the business they also plan on making the ramen noodles in-house for all your slurping needs. And the fun doesn’t end there; besides sake, they also plan on having a Japanese whiskey bar program, the first dedicated one in the city. We’ll cheers to that! 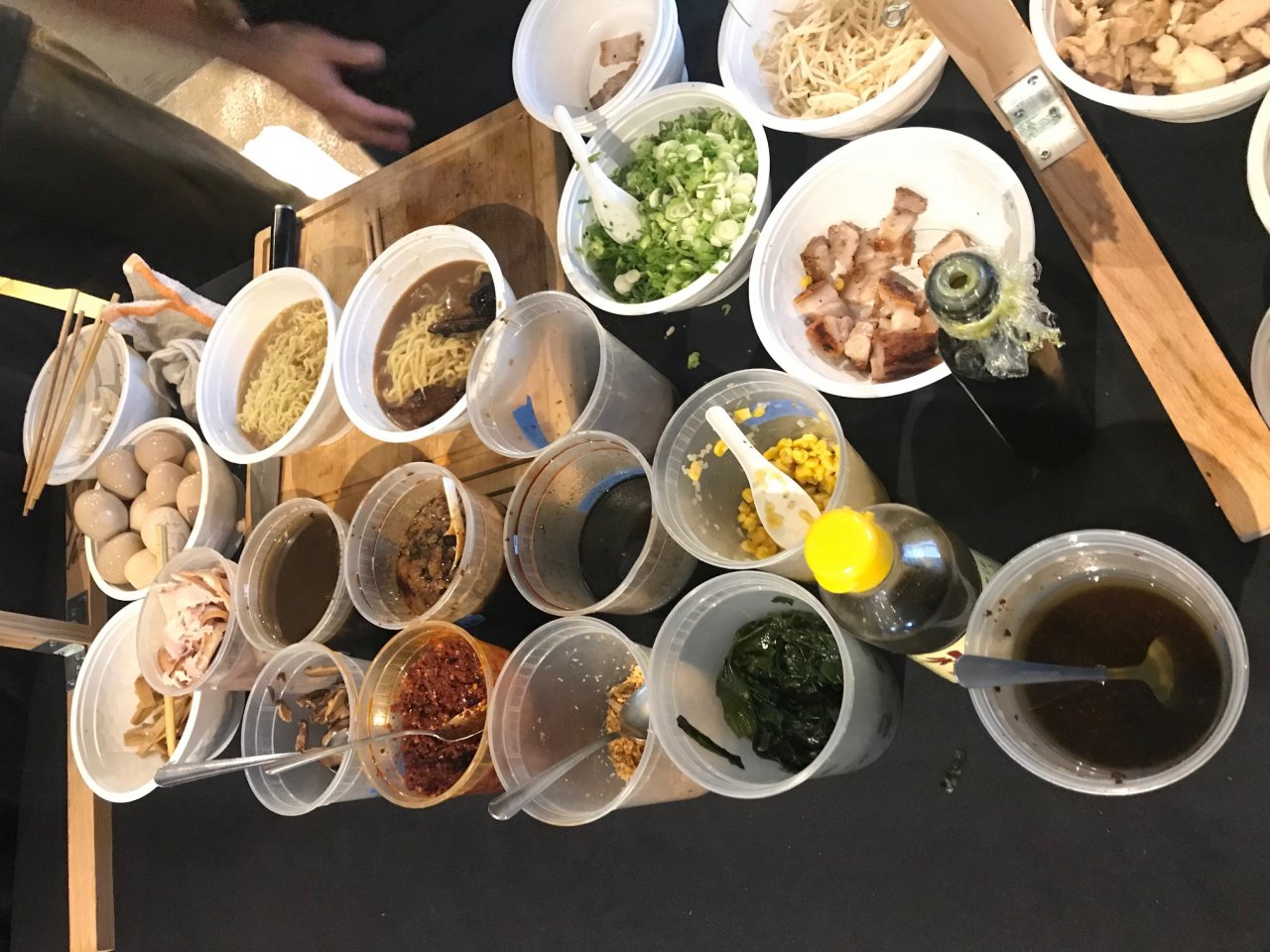 In the meantime, you can catch them again at the For Show NOLA Art Show & Market pop-up at Eiffel Society, Friday October 12. Suggested donations of $5 at the door will benefit families affected by Multiple Sclerosis.