One step into the Axiom Art Gallery in the Freret neighborhood, and you’re transported back to Blockbuster video.

Yes, that glorious place of your childhood, where you ran up and down aisles of videos, excited to pick your next one.

But here, at the “House of the Young” exhibit, the genres of media aren’t boiled down to drama, comedy or horror, although the work here can give you all of those feelings. Instead, the titles on the walls read ‘Hoty Originals’, ‘Docs’, ‘House Shorts’, and a unique ‘Video Village’, featuring six box TV’s showcasing Cash Money and No Limit record videos. 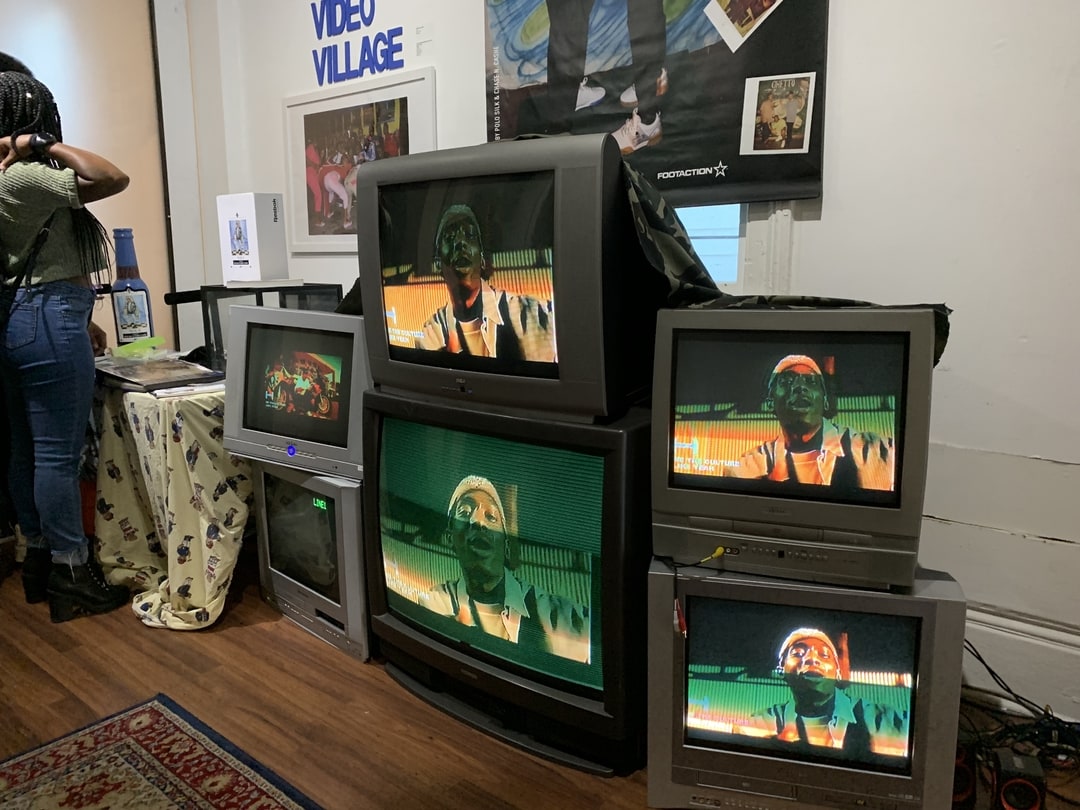 It’s a time warp into the 90’s with the spice of the city’s present culture, and it’s spearheaded by House of the Young Entertainment. The group, comprised of Ejaaz Mason, Monique Constance, and Edward Buckles, are all filmmakers and digital creators in their own right. They also serve the community, doubling as teachers in the city.

“We wanted it I feel like a Blockbuster because I remember a time when video, like watching a video or going to the video store was like an experience,” said Mason. “You got excited about the experience of taking that ride with your mom on payday to go to the store to go get your favorite movie, your favorite video game, or whatever. Now, in this digital age where content is available at the push of a button, it’s sort of lost that experience.”

The exhibit gives 15 different local digital content creators a space to share their stories. Vibrant photos of life across the city are depicted on iPads mounted to the walls. Televisions show Buckles short documentaries, highlighting second lines, Black Masking Indians, and everyday life in the city.

Buckles has gained notoriety with ‘Katrina Babies,’ which explored the voices of local youth affected by Hurricane Katrina. He also directed a series of commercials highlighting locals for Crown Royal.

“We have platforms in New Orleans that kind of house content and that will host content, but there’s no pipeline that leads directly to the main industry,” said Buckles. “So we’re trying to create not only the platform of House of the Young and We the Culture, but we’re also trying to create a pipeline so our future artists, and also our content, can reach higher levels than only staying local.”

This exhibit was House of the Young’s coming out party, so to say. The collaborative has been putting on parties and gaining a following for years, Mason said, but this experience gave them a chance to showcase the content they’ve worked so hard to create.

A huge voice highlighted in the exhibit is of Sthaddeus “Polo Silk” Terrell, who has been taking pictures of New Orleans culture since 1987. The entire back of Axiom is covered in Polo’s posters and Polaroids, showing everything from parties with the spray-painted backdrops to stars like Juvenile and Cashe N. Cashe.

“It feels good to have a newer generation coming up, doing the things that I do, and they appreciate the path I set,” Terrell said. “I wasn’t trying to tread new grounds or set no path, I was just doing what I loved. It feels good to see a lot of people of our color documenting our culture.”

Terrell is one of the few people who have a collection of New Orleans’ hip-hop culture pre-Katrina when tons of history and photos were lost in the 2005 flood. Flipping through his photo books is like going back in time. 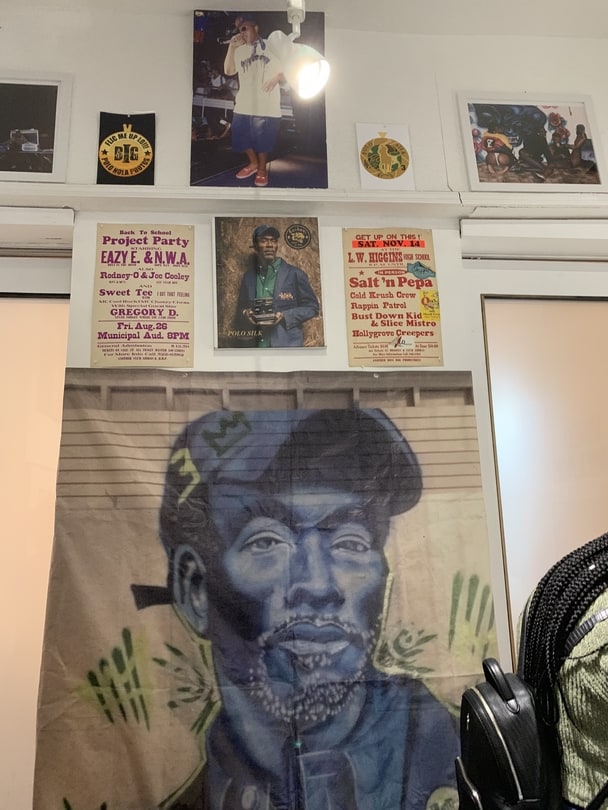 In a corner of the gallery, the short film ‘Ship Without a Sail’ plays, put together totally by Mason’s students at the New Orleans Charter Science and Mathematics High School, where he teaches digital media. Mason executive produced, but throughout the year, students built sets, worked on makeup skills, wrote scripts, shot and edited the film. The piece won the 2019 LA Film Prize Jr., solidifying the students hard work.

“When I see my students who come in on day one and they know nothing about digital media, who are afraid to touch the camera, by the time they get to the end of the school year, they’re making dope content,” Mason said. “It’s an amazing feeling to see how far they’ve come and what kind of work they produce.”

Thank you to everyone that came out yesterday to We The Culture | A Digital Exhibit sponsored by @dussecognac. House of the Young is proud to become the leading platform for content & culture produced from New Orleans & beyond. Stay tuned, this is only the beginning! 📸 @theoptimistdreamer #HouseoftheYoung #WeTheCulture

Constance, who is originally from Atlanta, offered a unique perspective about becoming a part of the exhibit and culture.

“I think a lot of people fall in love with New Orleans and they make that relationship about what New Orleans has done for them, but I think honestly especially if you’re not from here it’s what can you do for New Orleans,” she said. “That’s kind of the question that I always ask myself, ‘What can I do for this city that has given so much to me?”

Mason said he wants people to leave the Axiom not only with a feeling of joy but also a confidence that New Orleans’ stories were being told by young, capable authors.

“The city of New Orleans is such an inviting place, we have Southern Hospitality down here,” he said. “We want people to come down here and enjoy themselves, everybody that comes up to you is like your family. When you have a city like that that has such an inviting spirit it also gives people free rein to just come down here, take whatever they want, and not give anything back.”

Like the subjects in videos along the walls of the gallery, Mason explained it in the familiar terms of a second line.

“We call them the fourth line,” he said. “Of course, you have the first line, the second line, the third line; the people that follow behind the second line dancing and cutting up, but then you have that fourth line of people who are not from the city who just show up because they hear good music. They take pictures, they film all these videos and they don’t understand necessarily why we do what we do. Then they go off back to wherever they’re from and tell those stories, and it’s only a caricature of what the city is really about. So it’s important for creatives that are from the city of New Orleans to tell those stories, so that the culture of the city, the blood and the life and love of the city never goes away.”

We The Culture | A Digital Exhibit will be showcased at Axiom Gallery through June 30. You can keep up with House of the Young for future events at their Instagram page here.