Super Sunday is the best place to see the craft and artistry of Indian suits which take all year to complete.

On Mardi Gras morning, if you know where to look, you can find the Black Masking Indians roaming the streets of New Orleans, resplendent in suits made of beads, rhinestones, sequins, and feathers. As the various tribes meet, the sound of tambourines and chants rise up in prayer. Battles are waged, not to extract blood, but beauty, to see who is the prettiest. It is exhilarating.

But Mardi Gras can be a whirlwind, and with so many concurrent events and competing interests, it can be easy to miss the Indians. Fortunately, there is Super Sunday, where both Uptown and Downtown tribes gather around Washington and LaSalle, parading through Uptown in a grand arc that ends with a festival in A.L. Davis Park. Always the third Sunday in March – this year March 17 – it is the best place to see the craft and artistry of the Indian suits that take a year to complete and are only worn a few times before being retired.

The first Super Sunday occurred in 1969, Big Chief Shaka Zulu of the Golden Feather Hunters recounted, but the tradition of masking Indian dates back much further. It was a movement of resistance, with enslaved Africans finding refuge among the indigenous people.

“Beads and feathers have always been worn by indigenous people — you can’t hide among a people unless you resemble them,” Zulu said. He also explained why “Black Masking Indian” was preferred to the term “Mardi Gras Indian”, as the tradition grew from the African cultural tradition, not from Mardi Gras culture. As the culture flourished, unique styles developed between Uptown and Downtown tribes.

Uptown suits, characterized by elaborate beadwork and ostrich plumes, tend to be sewn flat, or two-dimensionally. They are adorned with what are known as patches, meticulously beaded panels which tell a story, often with Native American themes. 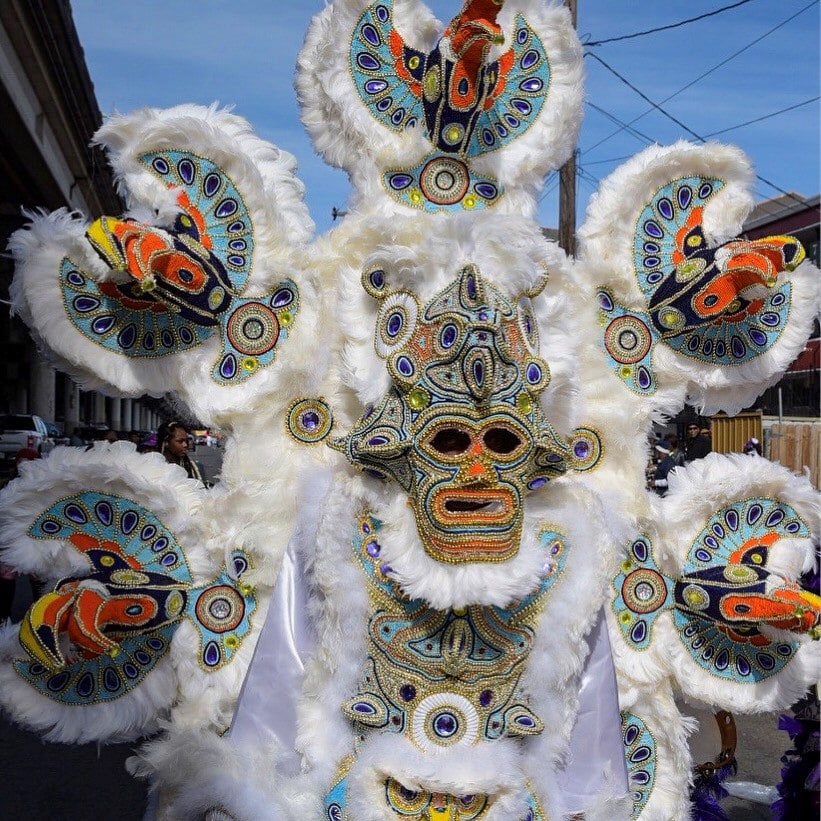 The Downtown Style, pioneered by Montana, is distinguished by its three-dimensional or soft-sculpture pieces, as well as sequins, beads, turkey feathers, and a more abstract style according to the Big Chief. Shaka, a Downtown Chief, follows in this tradition, with his elaborate suits inspired by frequent trips to Africa. This year’s suit, a radiant white stunner, was a collaboration with the Maasai people of Tanzania, who assisted with the detailed beadwork.

“Helping my son finish his suit, tomorrow will be better.”

The text came from Carol Harris, from way Uptown, where members of The Wild Tchoupitoulas were putting finishing touches on their suits ahead of Super Sunday. Harris, the leader of the N’Awlins Dawlins Baby Dolls, is also the matriarch of a family of Black Masking Indians. Her son, Justin Harris, is the Third Chief of The Wild Tchoupitoulas and has been sewing since he was 6 or 7 years old, according to Harris. And his daughter, Ja’Niya, affectionately known as G-Baby, sewed her first Indian patch at 18 months. There is video to prove it.

The neighborhood where Justin grew up is steeped in Indian lore, with mentors like Little Walter Cook of the Creole Wild West helping him learn the masking traditions. Eventually, he became a part of The Wild Tchoupitoulas led by Big Chief Roderick Sylvas. Living in Houston after Katrina, and at Carol’s behest, he put a needle and thread in Ja’Niya’s hand, and the rest is history. Now the family is home in New Orleans, carrying on a tradition that is hundreds of years old. 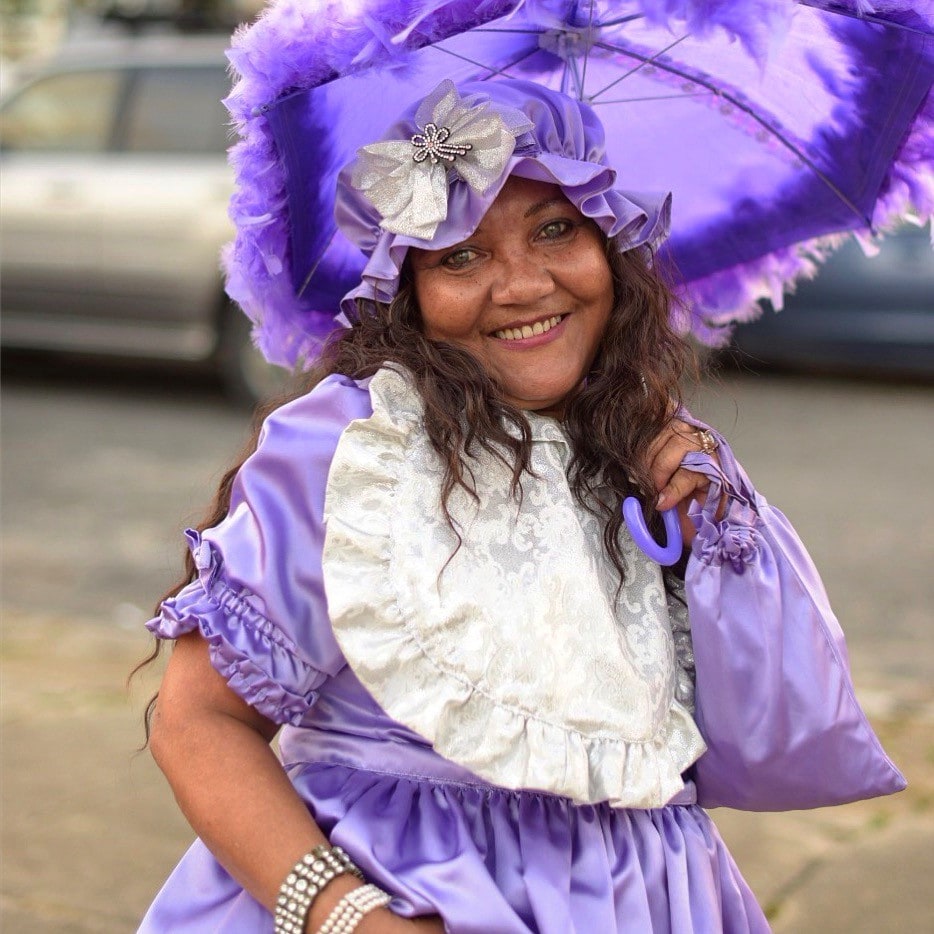 On Super Sunday, Carol Harris will accompany The Wild Tchoupitoulas as a Baby Doll, as her son and granddaughter mask Indian. The Baby Dolls have a complex origin story as well. Some say they originated among the prostitutes of Storyville. Harris believes they originated from Indian culture, their dresses made from the scraps of the Indian suits. Regardless, Baby Doll Kit, as Carol is known, is firm, in her words, “an Indian Baby Doll, baby. I dance to the drum and the tambourine.”

On Sunday, she will dance with all those that came before, and all that remains.

Planning to go to Super Sunday? Here’s what you should know.