The young entrepreneur’s treats are packed to the brim with candy and toppings, and are now at a new location.

It’s a warm, sunny day in March and Stricen Carter is doing what she does best — slinging snowballs at Sweet Thangs NOLA, the stand she owns that serves decadent snowballs to long lines of eager customers. Her stand brings snowballs to the next level, by packing them with cheesecake, candy and cookies, and these photo-worthy designer deserts have been taking Instagram by storm.

Carter, a Houston native, moved to New Orleans when she was 17 to attend nursing school at Dillard University. When the nursing program was cut, she took her entrepreneurial spirit and created a cocktail company called NOLA Sips, at only 20 years old.

“NOLA Sips is an alcoholic drink in a pouch, kind of like a Capri Sun,” she explained. “I got my start outside of Essence Fest in 2017 and the drinks sold out. We had flavors like Mango Passion Fruit, made with Hennessy and Strawberry Lemonade made with Tito’s Vodka. From there, I sold the drinks at 150 different events. We also sold 2,000 units at We Dat’s Chicken and Shrimp, on Canal- they were very popular.”

MORE: How NOLA Sips’ 22-year-old owner went from second lines to her own shop location

From Sips to Snowballs

After her success with NOLA Sips, Carter had the idea for designer snowballs, after she saw that New Orleans was lacking an “over the top” dessert place, like other cities had. Carter opened Sweet Thangs, named for a nickname coined by her great-grandmother, in 2019 in a small space in Gentilly. She now serves her unique treat out of a stand at 4202 South Carrollton Avenue. 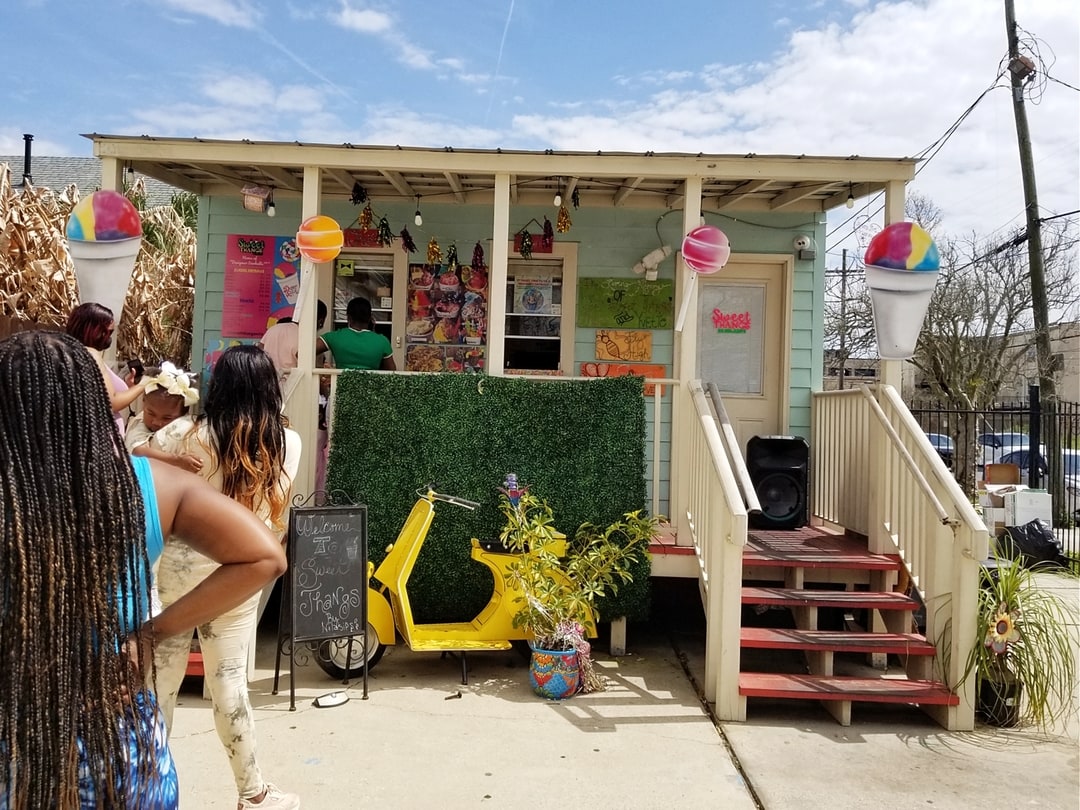 At 24 years old, Carter’s designer snowball idea has been a huge success. Sweet Thangs boasts 41,000 followers on Instagram and the lines are long as soon as the stand opens. Carter estimates that she served 6,000 snowballs out of the 190 square foot space last summer.

So, what do you order?

If you’re heading over to Sweet Thangs for something delicious, Carter has some suggestions on what you might want to order.

“Our most popular flavors are Strawberry Cheesecake which comes with a piece of cheesecake in it, Banana Pudding, and Kaleidoscope, which is our rainbow snowball topped with candy,” she said. “People also love Red Velvet, which is topped with ice cream, Oreos and condensed milk. On Saturdays we have ‘Pineapple Saturdays’ and you can get any flavor snowball served in a pineapple.”

If you’re looking for something to balance out all that sugar, the stand also sells crawfish nachos (with or without Rotel), which has become hugely popular. Carter said that the savory nachos are a nice addition to the sweet snowballs.

What’s next for the city’s youngest snowball stand owner?

With all of her success, Carter has expansion on her mind. She’s renovating the space at 2633 St. Claude Avenue- a building that used to be home to Freezy Street, a rolled ice cream shop. At this new location, she will not only be serving her designer snowballs, but she’ll be adding alcohol to the treats, at her customers’ request. This will give her the opportunity to combine her two passions that made her brand: snowballs and cocktails.

She explained, “It’s going to be a spin on a daiquiri shop. We’re going to be putting liquor in the snowballs and we’re going to have a wide variety of flavors and toppings. My dream is to have Sweet Thangs franchises all over the world.” 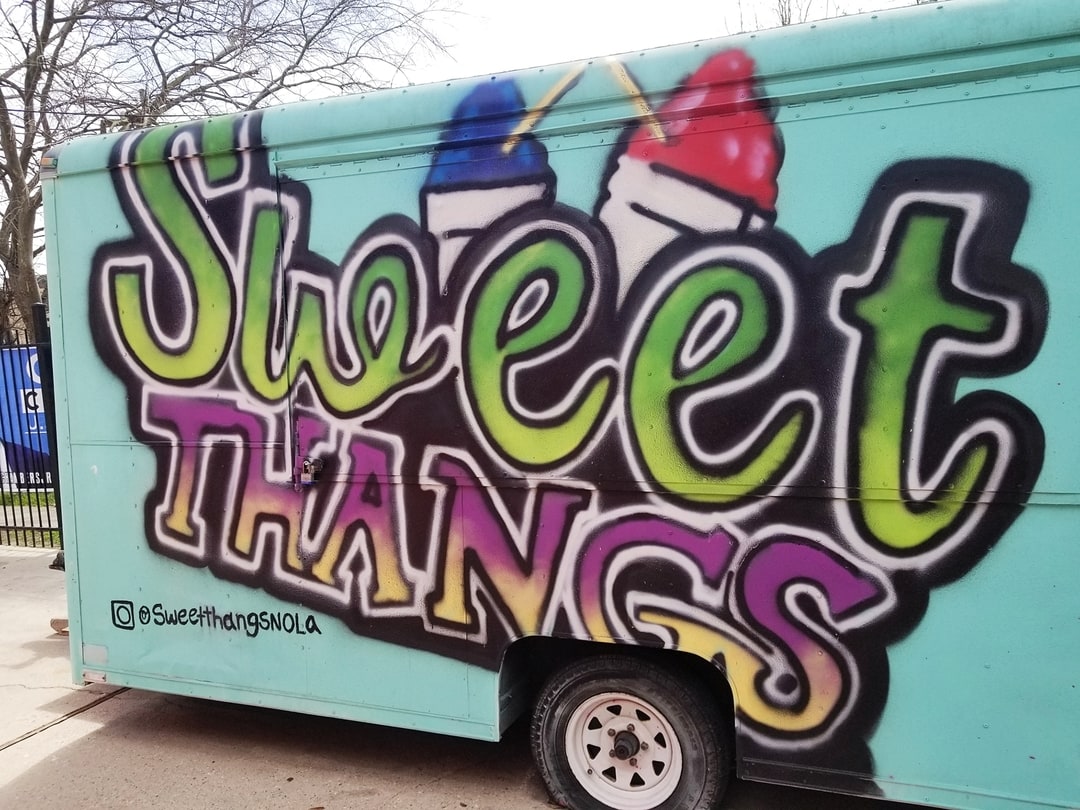 Carter runs the businesses on her own, with support from her mother, who still lives in Texas. When I spoke with her, she was overseeing construction at her St. Claude location before heading over to her Carrollton location to work for the afternoon. She’s learning as she goes and has been giving herself a crash course on the ins and outs of how small business works. Carter navigates everything from figuring out what her future shop will look like to ordering the machines that will keep her snowball cups filled.

“I work at my own stand every day and put my all into it,” she said. “For example, last year my goal was to get our ice delivered. I knew we would have to have a big order to make that happen, and we reached that goal. Now I have a machine so that I can make my own ice; it’s all about growth.”

Carter said that she has plans to hopefully open her new location within the next month, and she’s working hard to meet that goal. For now, the Carrollton stand is open most days, from 2 p.m. to 6 pm. She will expand the hours to 1 p.m. to 8 p.m., soon.

Carter credits New Orleans culture with her success and she said that the people of New Orleans and her family are why she’s been able to achieve her dreams.

“I’m inspired by the New Orleans food culture, especially food trucks,” she said. “I saw my opportunity and I took it. I come from a very motivated, hardworking family- my grandmother was a judge. I believe that God shows me favor for my hard work.”

Carter said that she hopes that her success story can be an inspiration to others.

“I want to inspire people to keep going,” she said. “I started my business on a sidewalk — take what you’ve been given and turn it into something.”

Looking for more ways to cool off? Here are some places you may want to visit